Billionaire investor Carl Icahn has sold his stake in Apple after the tech giant reported the first drop in iPhone sales and profits in 13 years. 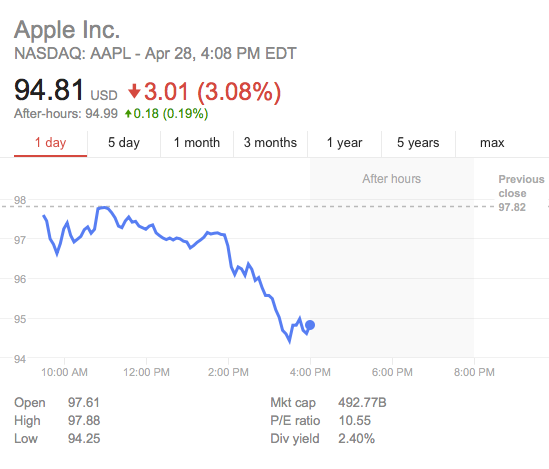 “We no longer have a position in Apple,” Icahn told CNBC’s “Power Lunch,” noting Apple is a “great company” and CEO Tim Cook is “doing a great job.”

Icahn owned close to 1 percent of Apple’s outstanding shares, but sold his shares earlier this year as he was concerned over China’s attitude. Actually, Apple’s sales numbers in Greater China don’t look good for the first three months of the year – revenue fell 26% year-over-year in the region.

In addition, China’s media regulator, the State Administration of Press, Publication, Radio, Film, and Television, has shut down the iTunes Movies and iBooks Store in the country. During the earnings call, Apple CFO Luca Maestri tried to reassure investors that they have nothing to worry about. “We remain very optimistic about the China market over the long term, and we are committed to investing there for the long run,” he said.

“You worry a little bit — and maybe more than a little — about China’s attitude,” Icahn said, later adding that China’s government could “come in and make it very difficult for Apple to sell there… you can do pretty much what you want there.”

From Carl Icahn’s perspective, Apple stock is still cheap, adding that if China “was basically steadied” he would buy again.