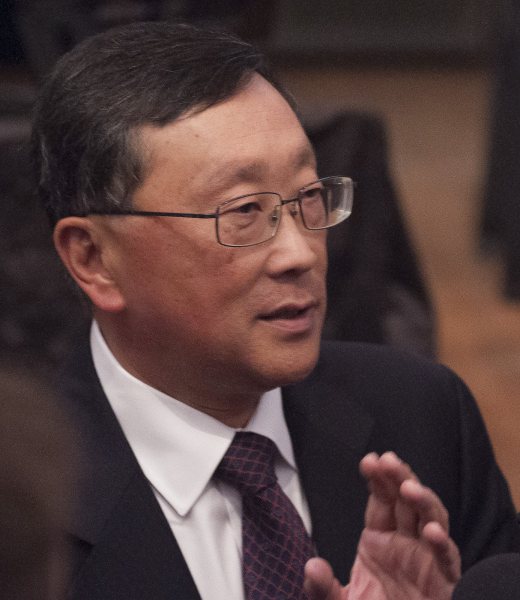 In an interview with The National, BlackBerry chief executive John Chen has revealed that the company is planning to switch its focus back to mid-range smartphone market, and that it will be launching two mid-range Android handsets this year. Mr. Chen also admitted that Blackberry Priv, the Waterloo-based firm’s most recent flagship Android device, was priced too high for enterprise customers.

Mr Chen admitted that the Priv “was too high-end a product”, with its target market of enterprise customers put off by the handset’s US$700 price tag. “The fact that we came out with a high end phone [as our first Android device] was probably not as wise as it should have been,” Mr Chen said during a visit to Abu Dhabi.

“A lot of enterprise customers have said to us, ‘I want to buy your phone but $700 is a little too steep for me. I’m more interested in a $400 device’.” Mr Chen insisted that BlackBerry’s secure Android handset proposition was one that appealed particularly to enterprise consumers.

While Mr. Chen did not give say as to when the two new BlackBerry devices would go on sale, he did mention that one of the two handsets would come with a physical keyboard while the other would feature a full touchscreen. He also highlighted that BlackBerry is the only company who really secures Android, saying that “we take the security features of BlackBerry that everyone knows us for and make it more reachable for the market”.

Mr Chen added that while BlackBerry would continue to release updates for BB10, there were no plans to launch new devices running the operating system, which means it’s pretty much dead in the water. The company last week announced it had sold just 600,000 handsets during the three months to the end of March, well below analyst forecasts of 850,000.

It's confirmed that Rihanna will headline next year's Super Bowl LVLL Halftime show. 2023's mega-sporting event will be the first to see Apple Music take over as the official sponsor of the halftime show as Pepsi exits its deal. The news was confirmed via social media where Apple Music, Rihanna, and the NFL all confirmed...
Steve Vegvari
29 mins ago