Broadcom is launching a new Wi-Fi combo processor that is designed to deliver more than 2 Gbps speeds with better battery life by extending Wi-Fi 6 to support the 6 GHz spectrum band. 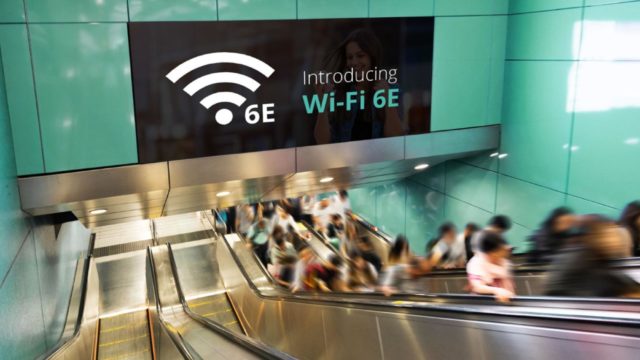 Just ahead of CES 2020 in early January, the Wi-Fi Alliance announced “Wi-Fi 6E” as the official name for 6GHz Wi-Fi — an enhanced version of Wi-Fi 6 that promises to further increase data rates and cut power consumption.

The BCM4389 builds upon Broadcom’s success with the BCM4375, which happens to be the currently leading client Wi-Fi 6 chipset in the smartphone market. In addition to the new 6 GHz support with tri-band simultaneous operation and 160 MHz channel support, the BCM4389 also brings in additional power efficiency, thanks to its 16nm process technology and architectural improvements.

“The BCM4389, the world’s first Wi-Fi 6E mobile chip, paves the way for our wirelessly connected AR/VR future,” said Vijay Nagarajan, vice president of marketing for the Wireless Communications and Connectivity Division at Broadcom, in a press release.

According to the company, Broadcom’s BCM4389 — there are already more than 150 of these high-end smartphones in use — boasts “over 2 Gbps of real-world speeds and up to five times better battery utilization,” which it contends will be ideal for flagship smartphones and AR/VR devices of the future.

It will also become part of a larger system of Wi-Fi 6E products, according to the company, including home routers, residential gateways, enterprise access points, and virtual and augmented reality devices

Wi-Fi 6 brings with it a number of key advantages over Wi-Fi 5. It’s faster, but it’s also built to relieve network congestion, provide greater client capacity, and reduce the power consumption of connected devices. Right now, Wi-Fi 6 relies on the existing 2.4GHz and 5GHz bands, but Broadcom’s Wi-Fi 6E chip extends support to the 6GHz band, which is going to be operational soon.

You can expect to see the new 6 GHz spectrum band some time in 2020.