Last month, we reported that third-party Apple-certified cables are coming soon with MFi (Made for iPhone) specifications for USB-C to Lightning and today, Belkin has announced the world’s first Apple-approved third-party USB-C to Lightning cable as part of its new ‘BoostCharge’ lineup at CES 2019 (via The Verge). 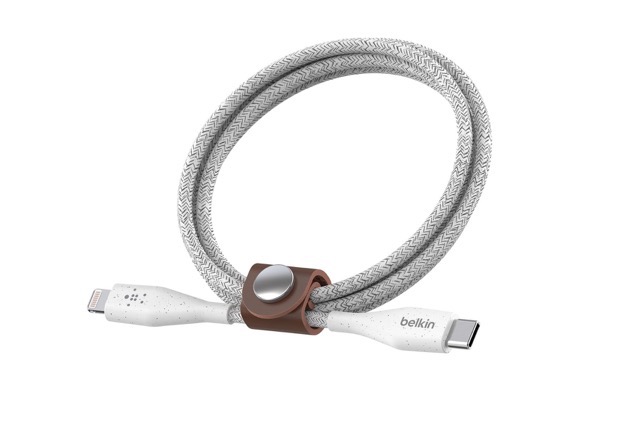 While Belkin also unveiled new USB-A to Lightning and USB-A to USB-C cable options, USB-C to Lightning cable is more of a big deal since it is the only cable that supports the fast charging option on recent iPhone models and Apple has been the only company to offer one until today.

Belkin has announced its USB-C to Lightning cables in four-foot, six-foot and 10-foot lengths in a speckled black or white design.

At between $24.99 to $34.99, depending on the cable length, Belkin’s cables aren’t actually cheaper than Apple’s, but its at least a start. And with a 10-foot length option that’s longer than anything Apple offers, it shows how third-party cables can provide features or functionality that Apple’s cables haven’t.

There is no confirmed shipping date for these so far but Belkin says the cables will be available to purchase sometime this spring. In the meantime, I believe we should be seeing Amazon flooded with tons of cheap USB-C to Lightning cables very soon.