Prime Minister Justin Trudeau updated the country today regarding Canada’s contact-tracing app for COVID-19. The new app will use technology from Apple and Google and will first start testing in Ontario, before rolling out to other countries.

The contact-tracing app was developed by Shopify, BlackBerry and the Government of Ontario and will be voluntary for people to use, while led by the government’s Canadian Digital Service initiative. The B.C. government has also been working with contact tracing app partners on the matter as well.

Prime Minister @JustinTrudeau announces a new national app for contact tracing for #COVID19. The app was developed with Shopify, Blackberry and the government of Ontario. It will begin testing in Ontario before a national rollout. #cdnpoli

“If you test positive for COVID-19, a health-care professional will help you upload your status anonymously to a national network,” said Trudeau in his Thursday morning briefing.

Unlike other contact-tracing apps that must remain open in the foreground (such as Alberta’s ABTraceTogether), Apple and Google’s tech allows Bluetooth to be used in the background, allowing for reduced power usage on smartphones.

Apple and Google’s tech is opt-in and users have the choice of whether or not to share data with health authorities. 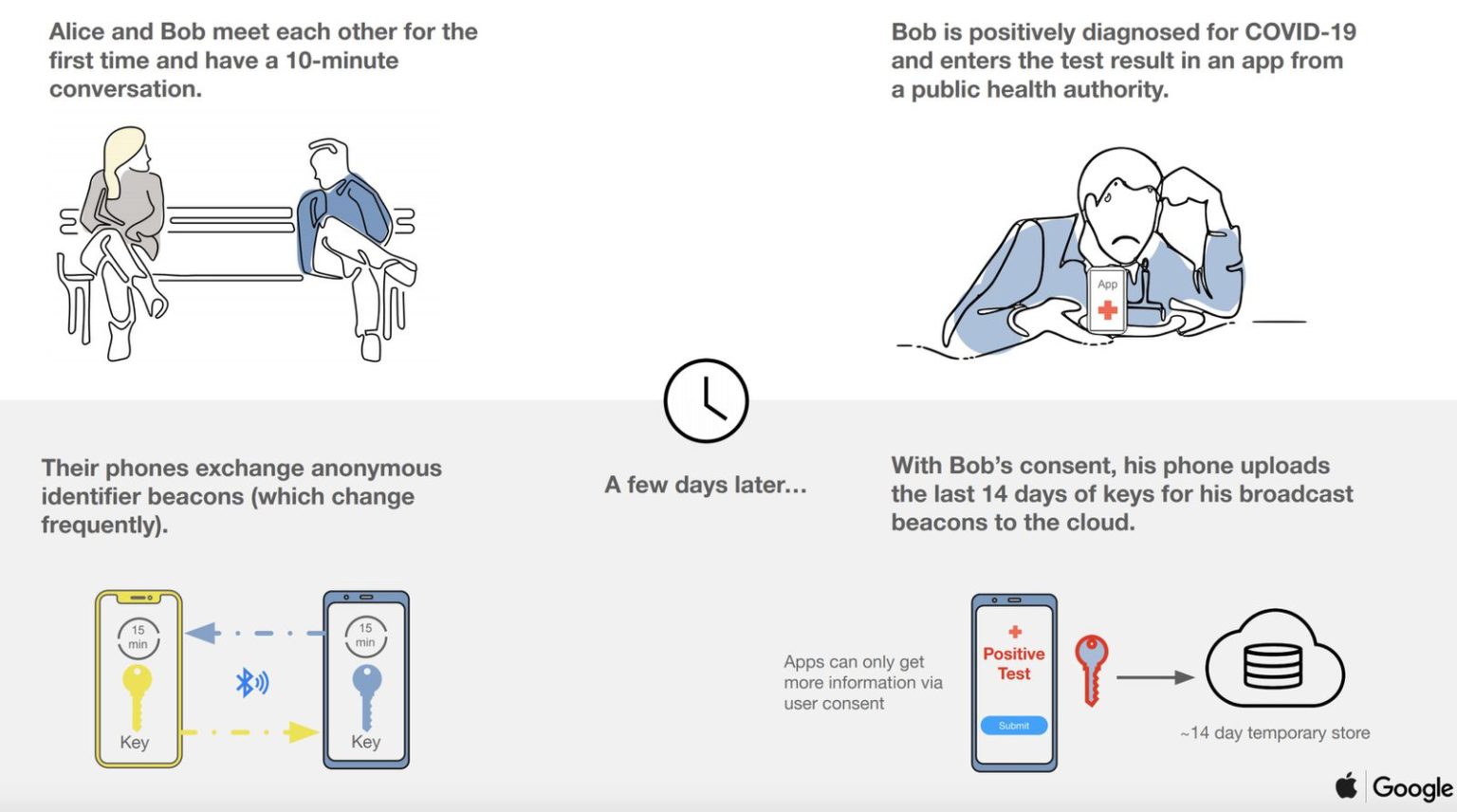 Back in May, Trudeau mentioned the Canadian government was working with Apple and Google for a COVID-19 contact-tracing app. Other nations around the globe such as the UK (which recently abandoned its homegrown solution), Italy, Germany and more.

Apple and Google’s approach is based on a decentralized model, where contact-tracing happens on the device and stays away from a centralized method, which sees data from users uploaded to a server.

“What we’ve built is not an app—rather public health agencies will incorporate the API into their own apps that people install. Our technology is designed to make these apps work better. Each user gets to decide whether or not to opt-in to Exposure Notifications; the system does not collect or use location from the device; and if a person is diagnosed with COVID-19, it is up to them whether or not to report that in the public health app. User adoption is key to success and we believe that these strong privacy protections are also the best way to encourage use of these apps,” said both Apple and Google last month.

The move to quickly launch contact-tracing apps is to help prevent and track a second wave of COVID-19 outbreaks, which health authorities expect to happen at some point in time.

Update: The new COVID Alert iOS and Android app will debut on July 2 in Ontario.

Take our poll here–will you use Canada’s contact-tracing app powered by Apple/Google tech?