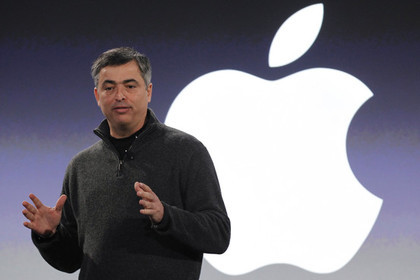 Following the footsteps of Apple CEO Tim Cook, Eddy Cue, Apple’s senior vice president of Internet Software and Services, is offering an exclusive lunch with him at the Apple Headquarters in Cupertino, California, and also a 13-inch MacBook Air through Charitybuzz. The money raised from winning bid in this auction will support the National Association of Basketball Coaches Foundation.

“Eddy oversees Apple’s industry-leading content stores including the iTunes Store, the revolutionary App Store and the iBookstore, as well as Siri, Maps, iAd and Apple’s innovative iCloud services. Eddy’s team has an excellent track record of building and strengthening online services to meet and exceed the high expectations of Apple’s customers. He is a 25-year Apple veteran and leads a large organization of amazing people. Eddy played a major role in creating the Apple online store in 1998, the iTunes Store in 2003 and the App Store in 2008.”

With two days to go before the final bid can be placed, the auction has now reached US $9,500. Below are the specs of the 13-inch Macbook Air which will be given away to the final winner:

To place your bid, hit up this link.