CNET: Dual-Lens Cameras Will Be the Next “Game Changer” in Smartphones 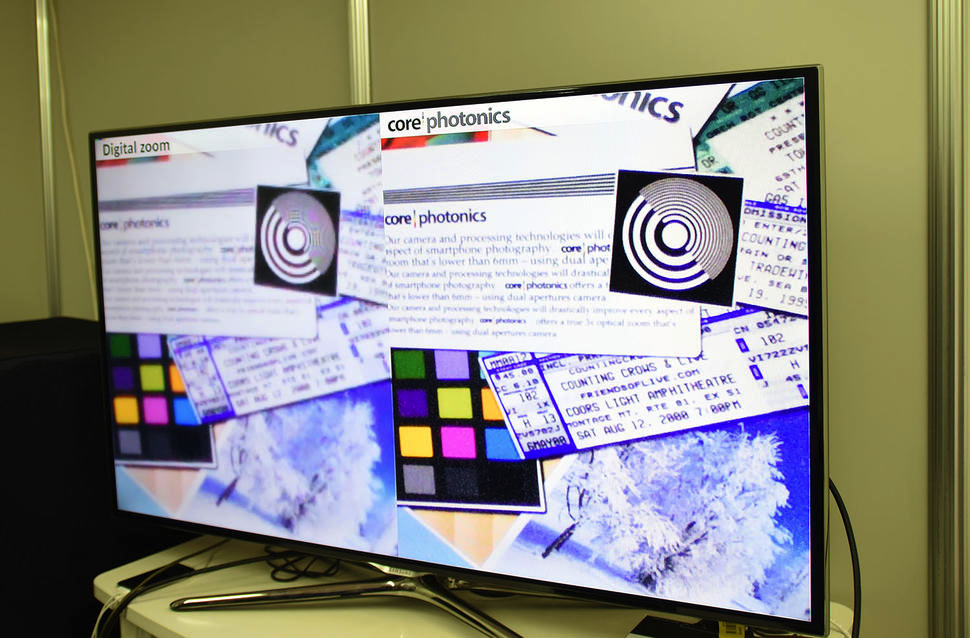 According to a report from CNET, dual-lens cameras will be the next “game changer” in the future of smartphones. These new camera sensors will offer optical zoom with no moving parts and better low-light images.

Corephotonics, an Israeli startup that debuted two years ago, is ready to get their dual-lens camera technology in smartphones as early as the third quarter of this year. In an interview, Corephotonic’s vice president of sales and licensing Eran Kali said:

“When Corephotonics introduced dual camera technology in 2014 its benefits became clear soon after. In 2015 the first generation development was complete; the demand was there from the start and it has only increased since. Yet in 2015 the supply chain was not quite ready for dual cameras and was revamping for that. I am happy to report that today, all three components demand, development and the supply chain maturity are in place. That goes for the camera manufacturing and also for the application processor framework.”

This wouldn’t be the first time that someone in the smartphone industry has tried to put dual cameras on smartphones. The first time we saw this was in the HTC Evo 3D, which used dual camera lenses to take 3D pictures. The technology used in the Evo 3D never took off since it felt really gimmicky.

Corephotonic’s technology relies on two camers, one fixed-focused lens with a narrow field of view and a more normal wide-angle camera lens. The company then uses software algorithms to create one better-quality image. The company calls this a ‘computational camera,’ and claims that it offers increased resolution, significant noise reduction in low-light, and increased dynamic range.

Several rumours have suggested that Apple is currently testing two 5.5-inch iPhone 7 Plus models: one having a single rear camera and the second, a dual-camera design. The dual-lens camera system, however, could bring up supply-chain constraint issues. That’s several analysts believes Apple will offer both single and dual-camera versions, but there is still no mention on any pricing configuration. However, we can expect the iPhone 7 Plus with dual-lens camera to cost more than other versions.