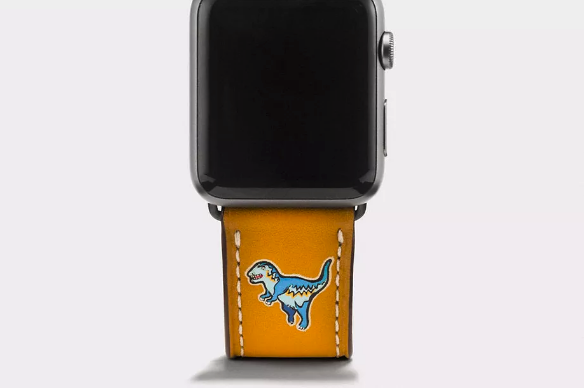 Coach has updated its Apple Watch band collection for the fall, with six new combinations of colors and designs.

A seventh potential combination exists with the Tea Rose Appliqué Leather Strap in Melon, according to Haute Criture, but there appear to be no current online listings for it.

The Leather Strap with a Tea Rose Appliqu retails for $195, and is the most expensive band that the company has sold to date. The Snake Strap sells for $175. The Rexy Leather Strap and the Printed Leather Strap both retail for $150.

Coach historically makes the watch bands in limited quantities. The bands are on pre-order and will ship on August 19.