Apple CEO Tim Cook sat down with the New York Times for an interview last week where he discussed topics ranging from job creation and diversity to the company’s efforts to introduce coding curriculum in schools and colleges. 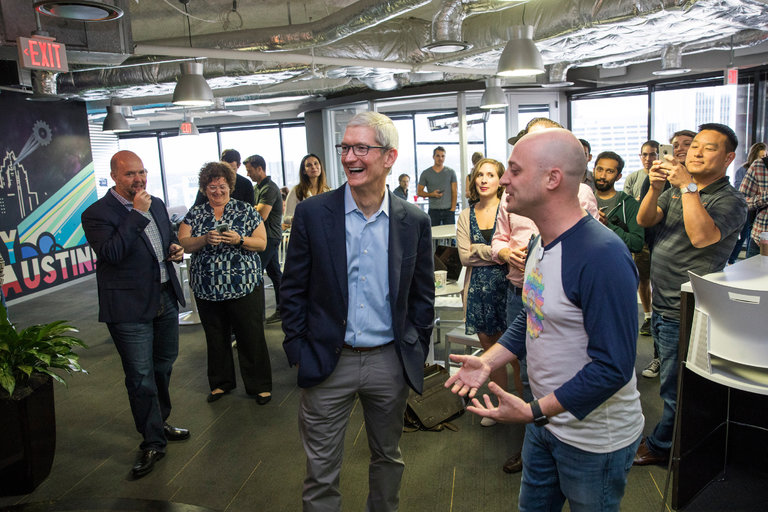 Cook said he did not seek to be an advocate on issues like climate change, education and job creation, but feels he has been “thrust into the role.” Other high-profile business leaders have been similarly active — and politically divisive — stances on hot-button topics. As CEO of Apple, the world’s most valuable company, however, Cook’s statements often make headlines.

“The reality is that government, for a long period of time, has for whatever set of reasons become less functional and isn’t working at the speed that it once was,” Cook said. “And so it does fall, I think, not just on business but on all other areas of society to step up.”

Cook’s sense of social responsibility has recently been on full display, in the wake of the racially charged clashes in Charlottesville, Va. He emailed employees to fulminate against president Donald Trump’s condemnation of “both sides” at the far-right rally, saying that equating white supremacists with their opponents “runs counter to our ideals as Americans.”

Cook talked up Apple’s recently-launched app-coding courses, which are being offered at dozens of community colleges in the U.S. The courses teach people how to develop apps using Apple’s own Swift coding language, so they are geared towards building up Apple’s own iPhone and iPad app ecosystem.

Tim Cook, an Alabama native who came up through the industry’s operations and engineering side, has kept a mostly low profile during his six years as CEO. That makes these comments quite telling, both about his rising comfort in the spotlight, and his embrace of a more public face for the world’s most profitable company.