Apple Puts the Brakes on its Self-Driving Car Ambitions

Apple had been working on its plans to build an autonomous vehicle by itself, however, the company has now shifted its focus more towards building the software and the underlying technology for the vehicle. 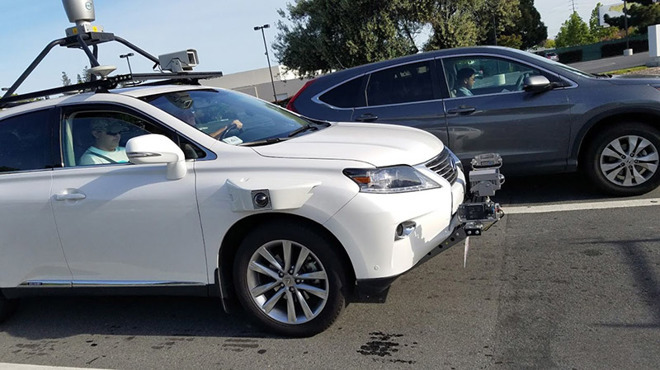 A new report from the New York Times has shed new lights on Apple’s secret car venture – Project Titan – and highlighted what has been happening with the most ambitious plan of the Cupertino company over the last couple of years, as well as how much it has altered in this short period and why.

The company has been working on its automotive technology under the internal code name “Project Titan” since at least 2014, and once intended to build its own vehicle from start to finish, creating a true “Apple Car.”

Now it’s put the car-building side of the project on hold, perhaps indefinitely, as it instead focuses on creating and perfecting the software and hardware necessary to get a self-driving car on the streets.

“A notable symbol of that retrenchment is a self-driving shuttle service that ferries employees from one Apple building to another,” reads the report. “The shuttle, which has never been reported before, will likely be a commercial vehicle from an automaker and Apple will use it to test the autonomous driving technology that it develops.”

Apple’s shuttle project is reportedly called PAIL, standing for Palo Alto to Infinite Loop, and will be built on a commercial vehicle “from an automaker” paired with its own autonomous driving technology.

Back in June, Apple CEO Tim Cook spoke publicly about Apple’s work on autonomous driving software in a rare candid moment. “We’re focusing on autonomous systems. It’s a core technology that we view as very important,” he said. “We sort of see it as the mother of all AI projects. It’s probably one of the most difficult AI projects actually to work on.”