CRTC to Carriers: Setup Registry to Stop ‘iCrime’ Or We’ll Force You To 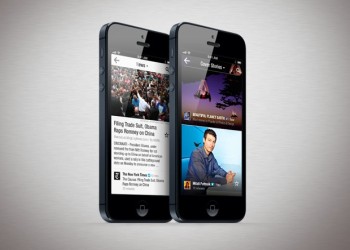 The Globe and Mail reports the CRTC is ready to crack down on ‘iCrime’, the increasingly alarming rate at which smartphones such as the iPhone are brazenly stolen by thieves. How so? It wants our wireless carriers to setup a national registry to track stolen devices such as iPhones or iPads or other smartphones. If they don’t? The CRTC will look into forcing our carriers to go ahead through regulation:

The CRTC, which says it will explore regulatory options if it remains unsatisfied by the industry’s response up until Nov. 30, joins a growing chorus of critics, including police and politicians, who argue wireless firms are failing to do their part to protect consumers. Carriers in the U.S. are moving to set up a similar database to prevent stolen devices such as iPhones and iPads from being reactivated – and reducing the incentive for theft.

The reason for the lack of progress in creating this registry is the Canadian Wireless Telecommunications Association’s (CWTA) claim it is not able to disclose detailed statistics on the number of lost and stolen devices, as this information is considered “competitive, proprietary and confidential,” to our wireless carriers–something the CRTC refuses to believe.

New chairman Jean-Pierre Blais appears to be taking a pro-consumer stance since taking office this summer. One such pro-consumer move was the creation of a Chief Consumer Officer position that started today.

Back in August, the Globe and Mail similarly reported our wireless carriers ‘vowed’ to fight ‘iCrime’ together, but once again companies refused to share proprietary information with each other.

What do you think? Should our carriers setup a registry to track lost and stolen devices? If one isn’t created, should the CRTC step in and protect us?