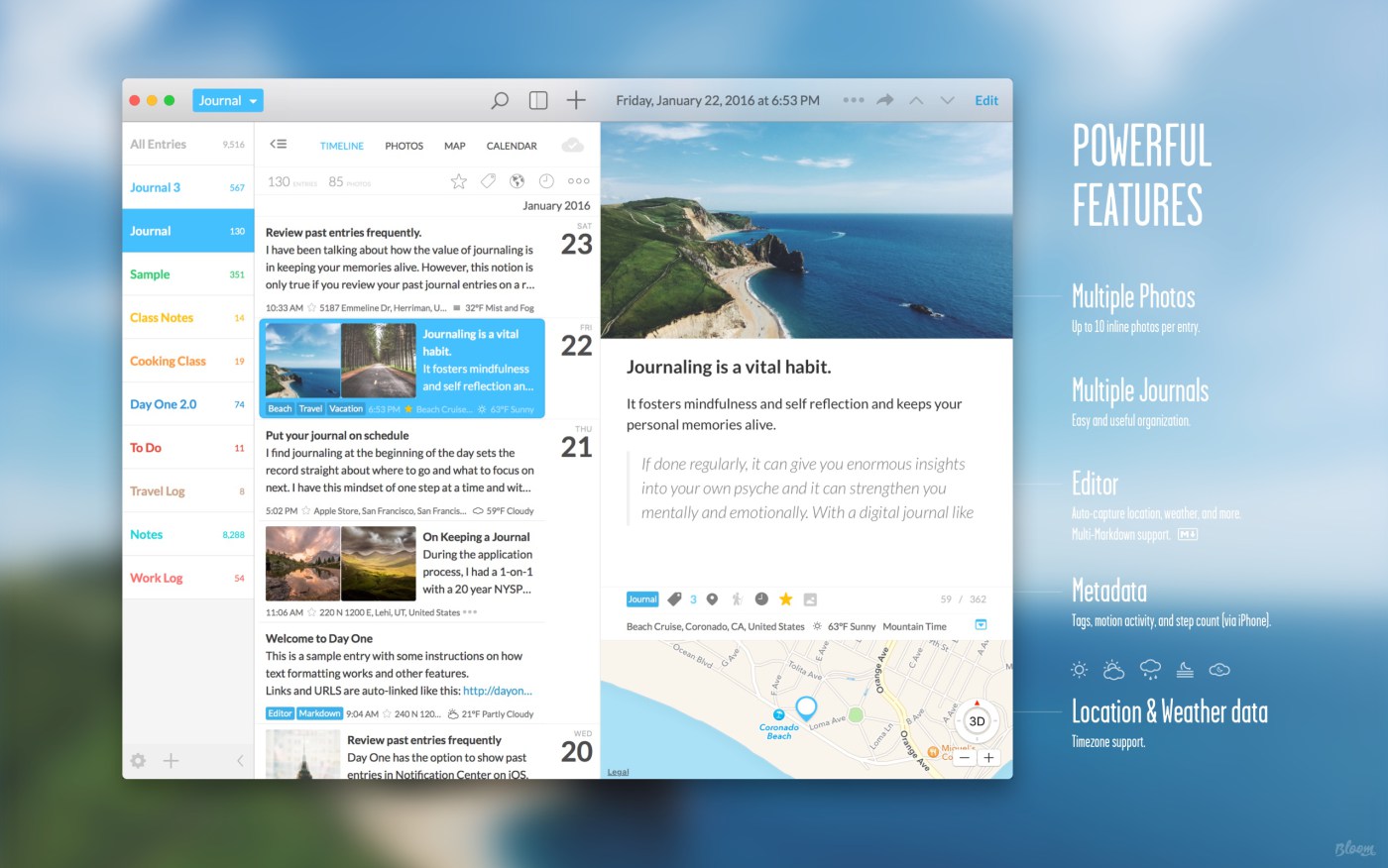 Day One launched nearly five years ago with a simple goal, which was to be a personal journal app for your life.

Today, the company announced the next version of the app called “Day One 2,” which was completely built from scratch. The new Mac and iOS apps will include two major new features: multiple journals and multiple photos per entry.

Day One 2 will be available for purchase on Thursday, February 4. The app will remain priced at $9.99 for iOS and $39.99 for OS X, however both version of the app will be discounted by 50% during the first week of its launch. 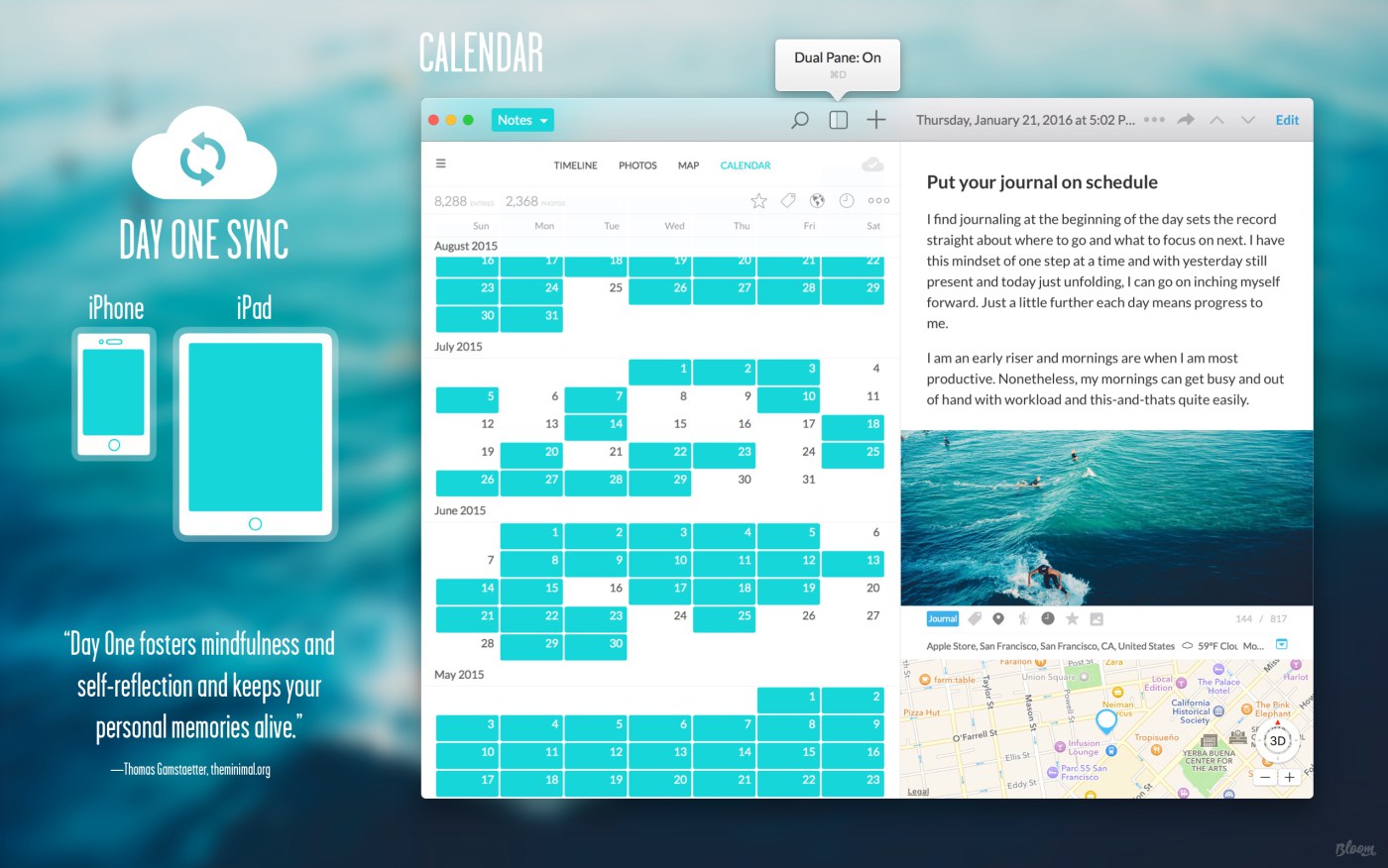 The company confirmed that the original version of the app will continue to be maintained and will be compatible with Day One 2 when using Day One Sync.

When creating a journal in Day One 2, you can pick from an array of colours to uniquely identify your journal throughout the app. On iOS, tabbed navigation provides a quick and easy way to toggle between different features within the app. On the Mac, the app will include a photo view, which will allow users to quickly browse through and select their photos. 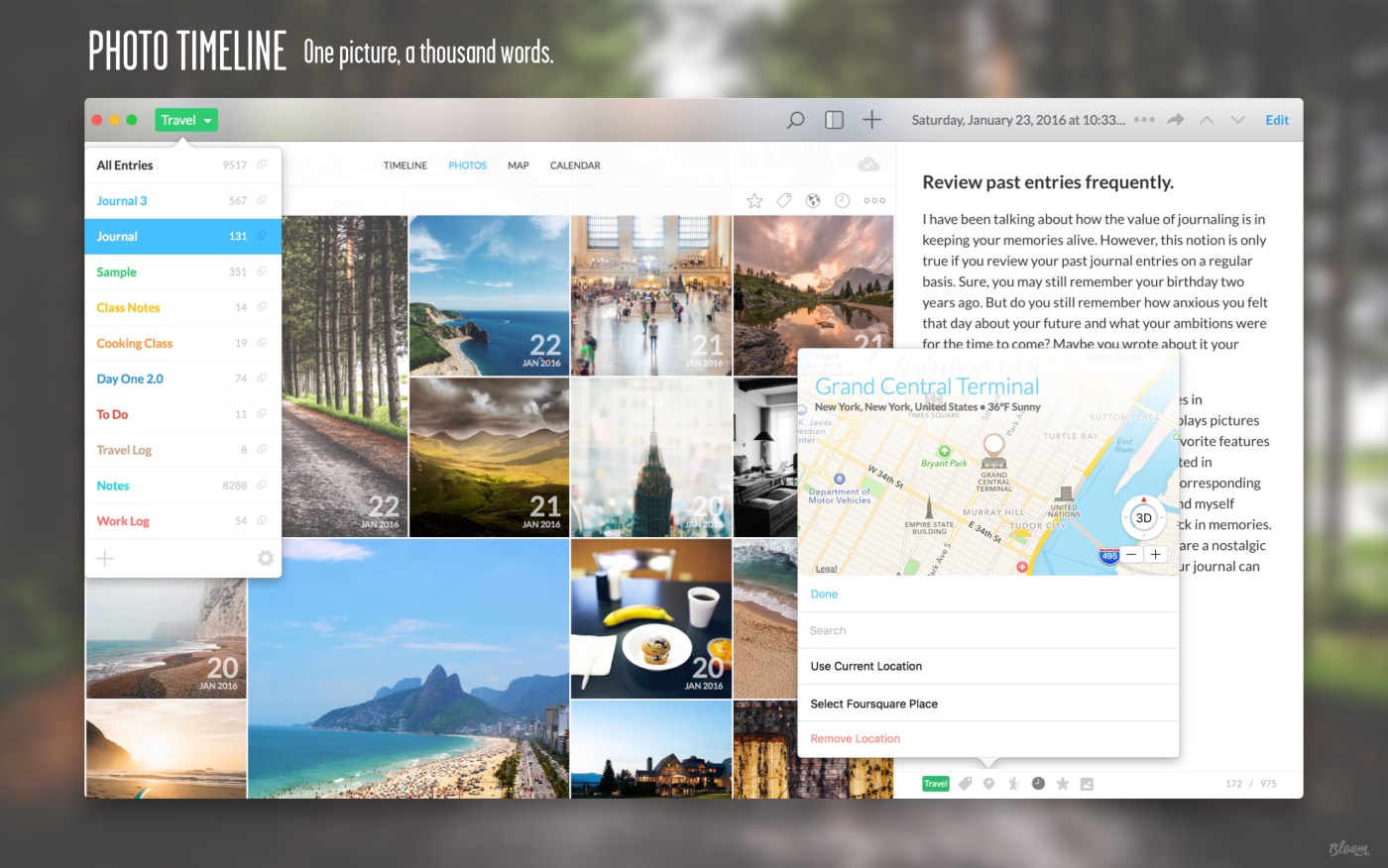