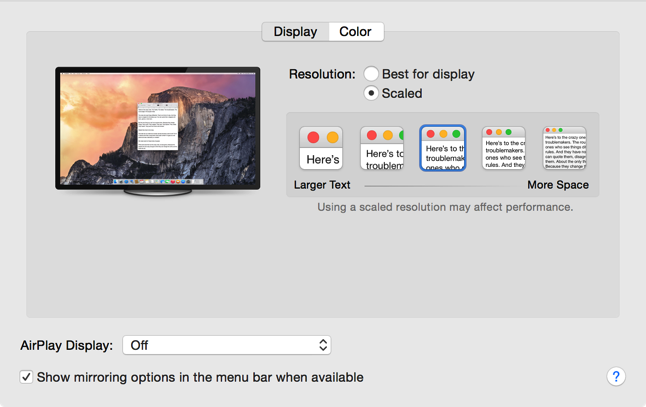 Starting with OS X Yosemite 10.10.3, the Dell UP2715K 27-inch monitor is now fully compatible with Mac Pro and Retina iMac (via Marco.org). Before this, the only way to get a 5K display on a Mac was to either get the Retina iMac, or put a GTX 980 into an old tower Mac Pro and use some hacks to get it to work, while native, hack-free Mac external-display support was limited to 4K.

Some displays with resolutions higher than 4K require two DisplayPort cables to connect the display at full resolution. With OS X Yosemite v10.10.3 or later, the Dell UP2715K 27-inch 5K display is supported on the following Mac computers:

This means that owners of the new Mac Pro can finally have a 5K display for $2500, which is actually the base price of the entire 5K Retina iMac.

While most Dell monitors have good panels, though with relatively ugly casings and slightly inconsistent controls, users who still have a Mac Pro and did not upgrade to the Retina iMac, it seems like a good idea to jump on this option.