How to: Deregister iMessage If You’ve Switched to Android or Another Phone

Apple has released a tool to enable former iPhone users to deregister iMessage, a crucial step if they are not receiving SMS or text messages from their existing iOS friends. The new tool was noticed by a user on Reddit who shared the new tool.

Here’s how Apple explains why someone would need to reregister iMessage:

You might need to deregister iMessage if you have a non-Apple phone and can’t get SMS or text messages someone sends you from an iPhone.

This can happen if you used iMessage on your iPhone and then transferred your SIM card or phone number to a non-Apple phone (such as Android, Windows, or BlackBerry).

If you recently switched from using an iPhone and didn’t turn off iMessage, your number is still sending iMessages, not SMS or text.

There are two ways to disable iMessage according to Apple. The first method requires turning iMessage off in Settings on your iPhone if you still have it, as shown below: 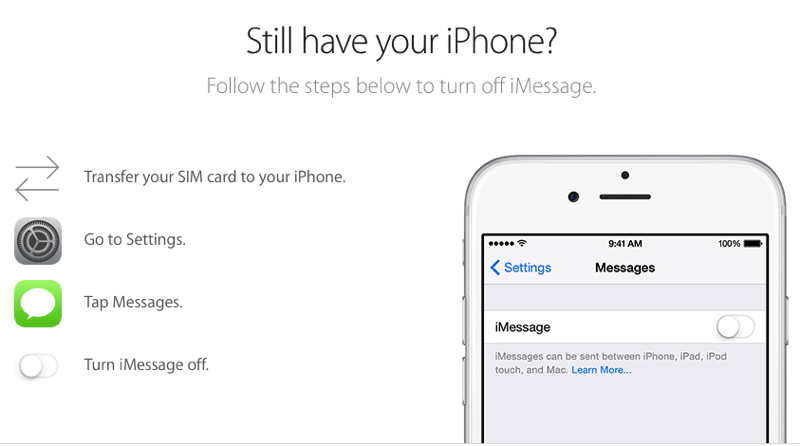 The second method requires users to enter their phone number on this website, then enter a confirmation code to confirm you want to deregister iMessage: 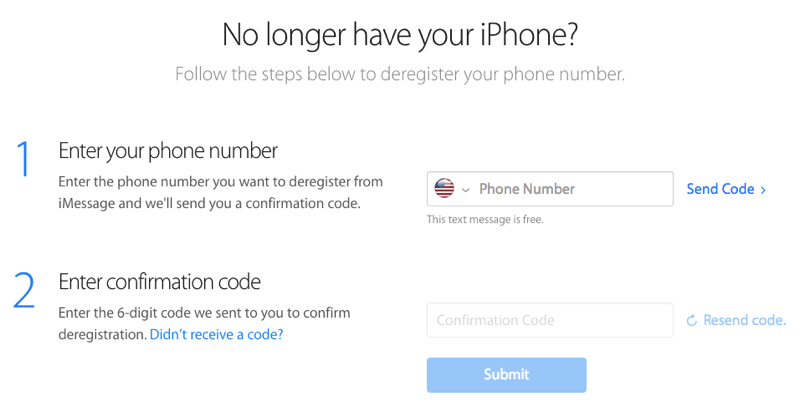 Earlier this year in May, former Lifehacker editor Adam Pash detailed how Apple’s iMessage system was flawed for users who had switched to different phones, as they were unable to receive text messages. Some angry users even filed a lawsuit against Apple over the issue.

If you’ve switched away from the iPhone and aren’t receiving text messages, follow the instructions on Apple’s website here as it should fix the issue. Let us know how it works out for you.