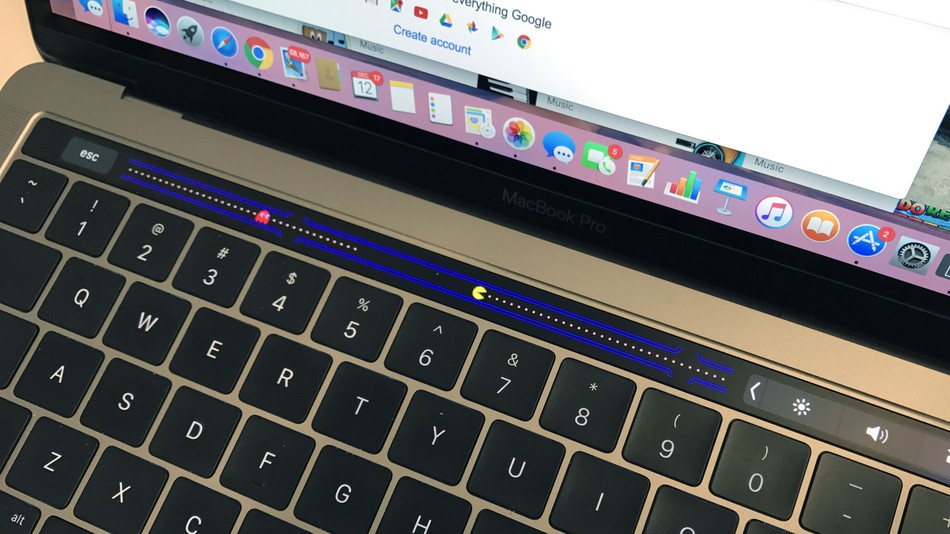 Earlier this week, a developer released an app that turns the Touch Bar on the new MacBook Pro into a piano keyboard.

The latest Mac Touch Bar app to hit the scene is Pac-Man, the hit Namco game from the 1980s. The app is called Pac-Bar and was developed by Henry Franks who wrote the app completely in Swift.

Pac-Bar uses Pac-Man’s original sound effects and graphics. Given the nature of the Touch Bar, the game is limited to a single horizontal line and you have to use the arrow keys to control it, not the Touch Bar itself.

If you have a new MacBook Pro with Touch Bar, you can download Pac-Bar on Github.