Google has just released its One VPN app for Mac and Windows systems, which similar to its mobile counterpart, encrypts and otherwise masks the user’s internet traffic, Engadget is reporting. 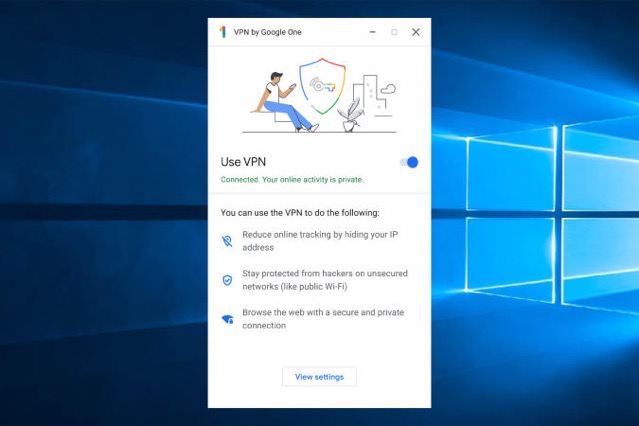 Google One VPN requires at least $10 per month 2TB Google One plan, and lets you share access with up to five other users. The service is currently available only in the US, Canada, Mexico, the UK, and the majority of Europe.

It must, however, be noted that Google One VPN doesn’t let users access content from other regions like most other VPNs do, and is only helpful if you want to surf the web anonymously or are using a public hotspot.

Google One VPN requires at least macOS Big Sur or Windows 10 to work. Also, the Mac app works for both x86 and ARM users, whereas the Windows app does not support 32-bit or ARM-based systems.

Google has also shared the source code for its app libraries to ensure transparency, with an audit for its One VPN desktop apps set to release in the coming weeks.