Earlier this year in February we told you about the Canadian DRAM Class-Action lawsuit, settled for $80 million with various manufacturers, over accusations of price-fixing on DRAM, found in all electronics such as printers, MP3 players, PDAs and more. The class-action alleged price-fixing of DRAM between April 1, 1999 and June 30, 2002, which caused higher prices for consumers.

The class-action lawsuit has started to notify those eligible to receive compensation, explaining cheques are set to be mailed by the end of 2015. Here’s a copy of the email we received, as part of the simplified claim: 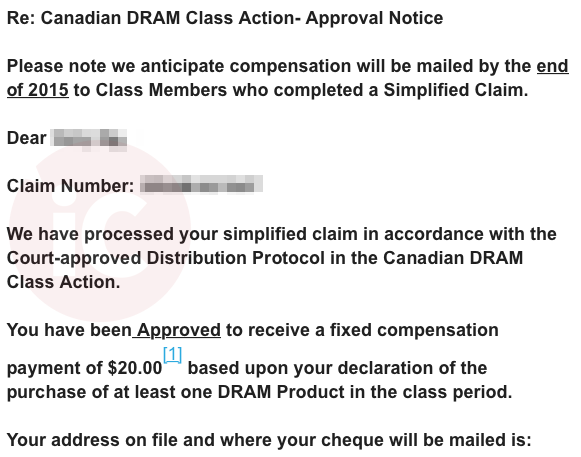 Those that filed claims for simple compensation did not require a receipt, but those with documentation were able to claim more. Did you file for compensation and have you been notified?