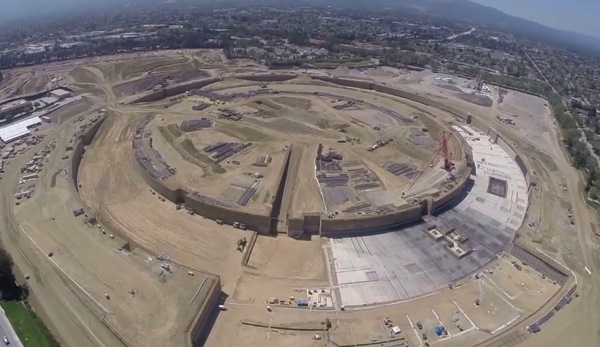 We’ve seen aerial images of ongoing Apple Campus 2 construction taken by drones, but this time a video has emerged showing recent a more recent update of the new site’s progress, as spotted by @AppleSpotlight and uploaded by YouTube user jmcminn.

The video was uploaded on August 24, 2014 and according to the description, it was “shot with a DJI Phantom 2 with GoPro Hero 3+ Black edition” (get the original DJI Phantom here for 23% off). The flight takes place under 400 feet and is not within any airport no-fly zones, according to jmcminn.

The construction progress on Apple Campus 2 looks like something from the future—check it out below:

Apple Campus 2 is set to house over 12,000 employees when construction is expected to be completed by 2016.

You can never get enough of these drone videos as they always look pretty amazing, except when they are trying to spy on you inside your condo.