Making calls on our cellphone is now part of our everyday routine, but can you imagine that there was once a time when you had to be “fit enough” – I mean physically – to carry around a cellphone? Yup, that was a little more than 30 years ago, however. And now it seems there’s a huge demand for smartphones of such a size (think iPhone 6 Plus or Android phablets …). 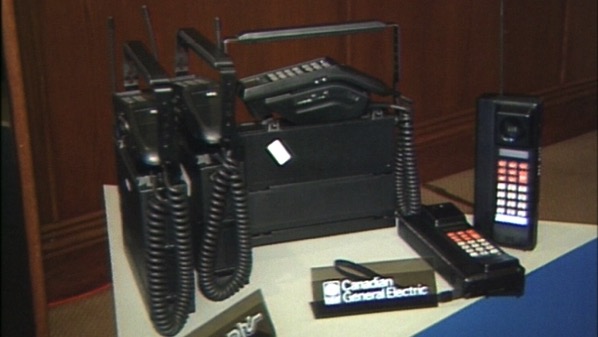 When cellphones became available in Canada a little more than 30 years ago, the devices were the “size and weight of a brick, relying on a briefcase-sized battery case to function,” said Telus spokeswoman Liz Sauvé in an interview with CBC News.

And when I said you had to be “fit”, I was referring to their weight: “The battery alone weighed 0.8 kilograms. Not only did they practically require a suitcase to port around, they were incredibly expensive”, she added. And remember, that was just the battery.

Cellphones were first introduced in Edmonton in 1982 to support Alberta’s resource economy, according to Sauvé. Four years later, there were 42,000 cellphone subscribers Canada-wide. Fast forward to today, and there are more than 30 million subscribers.