El Salvador bought its first 400 bitcoins on Monday, and President Nayib Bukele pledged to buy “a lot more” ahead of adopting the cryptocurrency as legal tender. 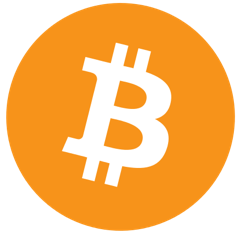 El Salvador’s adoption of Bitcoin as a legal tender officially kicked off Tuesday, explains a new report from CoinDesk, and the country announced the purchase of $21 million worth of the cryptocurrency ahead of the rollout.

Bukele announced the purchase of 400 bitcoin — worth around $20.9 million USD — in a series of tweets late Monday, marking the country’s first step toward a broader rollout planned months ago.

“Our brokers will be buying a lot more as the deadline approaches,” he added, along with the hashtag “#BitcoinDay.”

Bukele is betting that making the world’s most popular cryptocurrency legal tender will boost the US dollar-based economy of El Salvador and encourage investors to spend more in the country. Domestic users will also get $30 USD in free bitcoin if they sign up for the national digital wallet Chivo.

In June, El Salvador passed a law that will make it the first country to establish bitcoin as legal tender alongside the US dollar, the country’s current national currency. All entities in the country will now have to accept bitcoin as a payment method for goods and services, and Salvadorans will be able to use the cryptocurrency to pay taxes.

While releasing the first trailer for the Antoine Fuqua-directed historical drama, Apple has today announced that Will Smith’s next film ‘Emancipation' will premiere in theaters on Dec. 2 and will stream on Apple TV+ starting Dec. 9. According to Variety, Apple’s decision to delay the film to 2023 after Smith became embroiled in controversy for slapping...
Usman Qureshi
6 mins ago

Even though Sony's first VR headset took 8 months to sell a million units, the company is betting big on its next-generation PlayStation VR2 headset with an increased production plan, according to Bloomberg. Citing people familiar with the matter, the publication notes that Sony is planning to make 2 million units of the PlayStation VR2...
Usman Qureshi
25 mins ago