Last week, hacker George Hotz, also known as ‘Geohot’ said he wanted to work for Elon Musk’s Twitter and now, he has confirmed in a tweet that he has been hired as an intern at Twitter for 12 weeks. 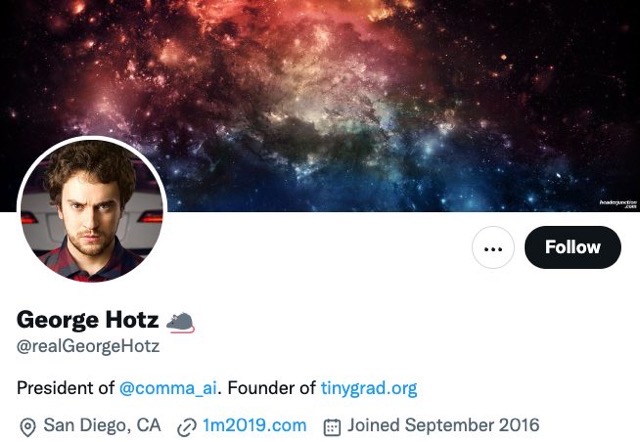 For those who aren’t familiar with Hotz, he’s famous for becoming the first person to jailbreak and unlock the modem firmware on the original 2007 iPhone, plus exploiting the PlayStation 3, resulting in Sony suing the hacker (they later settled out of court).

Here’s what he tweeted earlier, confirming his new job at Twitter:

that’s what Elon told me my job was, and I will try my hardest to do it. I have 12 weeks

also trying to get rid of that nondismissable login pop up after you scroll a little bit ugh these things ruin the Internet https://t.co/vZbSfEqlfW

Apparently, Musk has tasked Hotz with “fixing Twitter’s unusable broken search” which the hacker plans to achieve over the next 12 weeks, while also getting rid of Twitter’s annoying login pop-up.

“If I just get rid of the pop up I still consider my internship a win. I have a chrome extension on my laptop to block it,” he wrote in a follow-up tweet.

Most recently, Hotz has been working for his self-driving startup, Comma.ai, which he recently stepped away from.