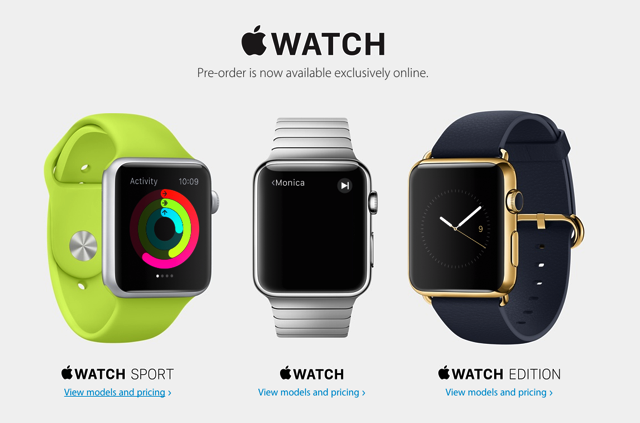 Apple’s online store in Canada, along with storefronts in the U.S., Europe, and Asia, is now showing July shipping estimates for the 42mm Apple Watch Sport and stainless steel Apple Watch models.

Now that we are in the month of May, it is likely that Apple has simply moved its original June estimates for the 42mm watch models to July in order to remain conservative. Many initial pre-orders of the Apple Watch with initial shipping dates of 4-6 weeks or later have already been shipped or delivered.

Several of the 38mm Apple Watch Sport and Apple Watch models have been changed to a 2-3 week shipping estimate, while the others have maintained their original June estimate. 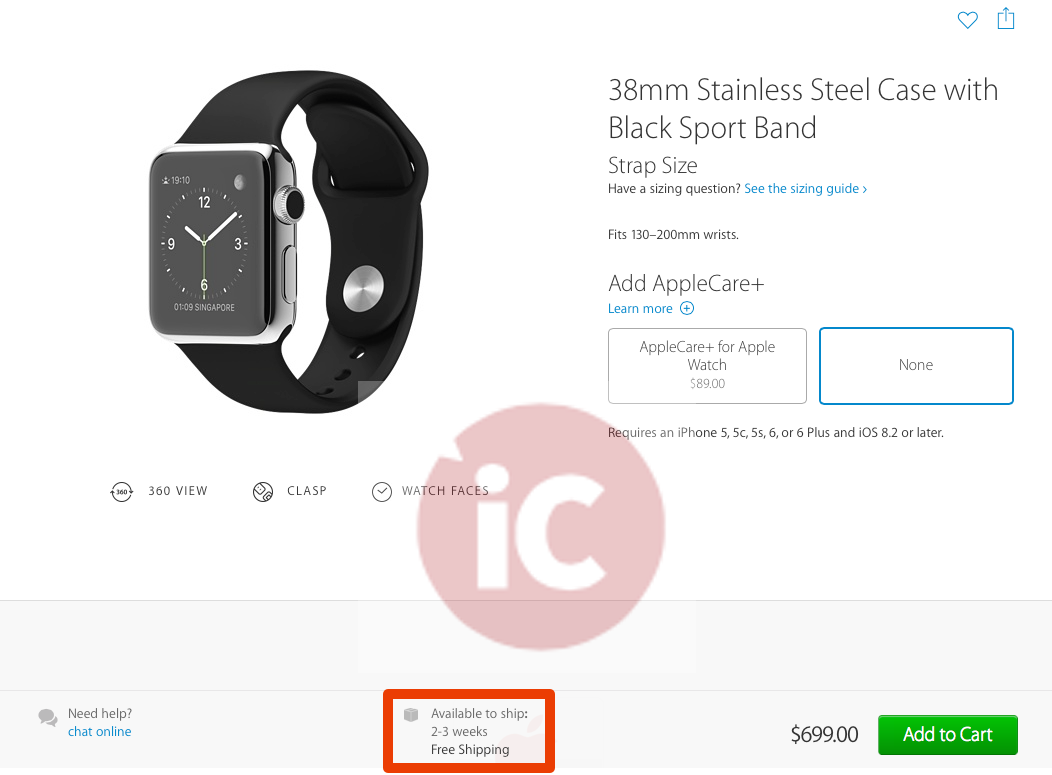 Earlier this week, it was reported that a Taptic Engine defect may have contributed to Apple Watch supply constraints. However, the reports note that the issue was caught before any units were shipped to customers.

Did you pre-order an Apple Watch? If so, have you received yours yet? Let us know in the comments below.