According to a press release issued by the U.S. Department of Transportation’s Federal Aviation Administration (FAA), airline passengers can now use iPhones, iPads and other Portable Electronic Devices (PEDs) in airplane or flight mode during all phases of flight. The change will let passengers read, work, play games, watch movies and listen to music, but not make any cellphone calls. 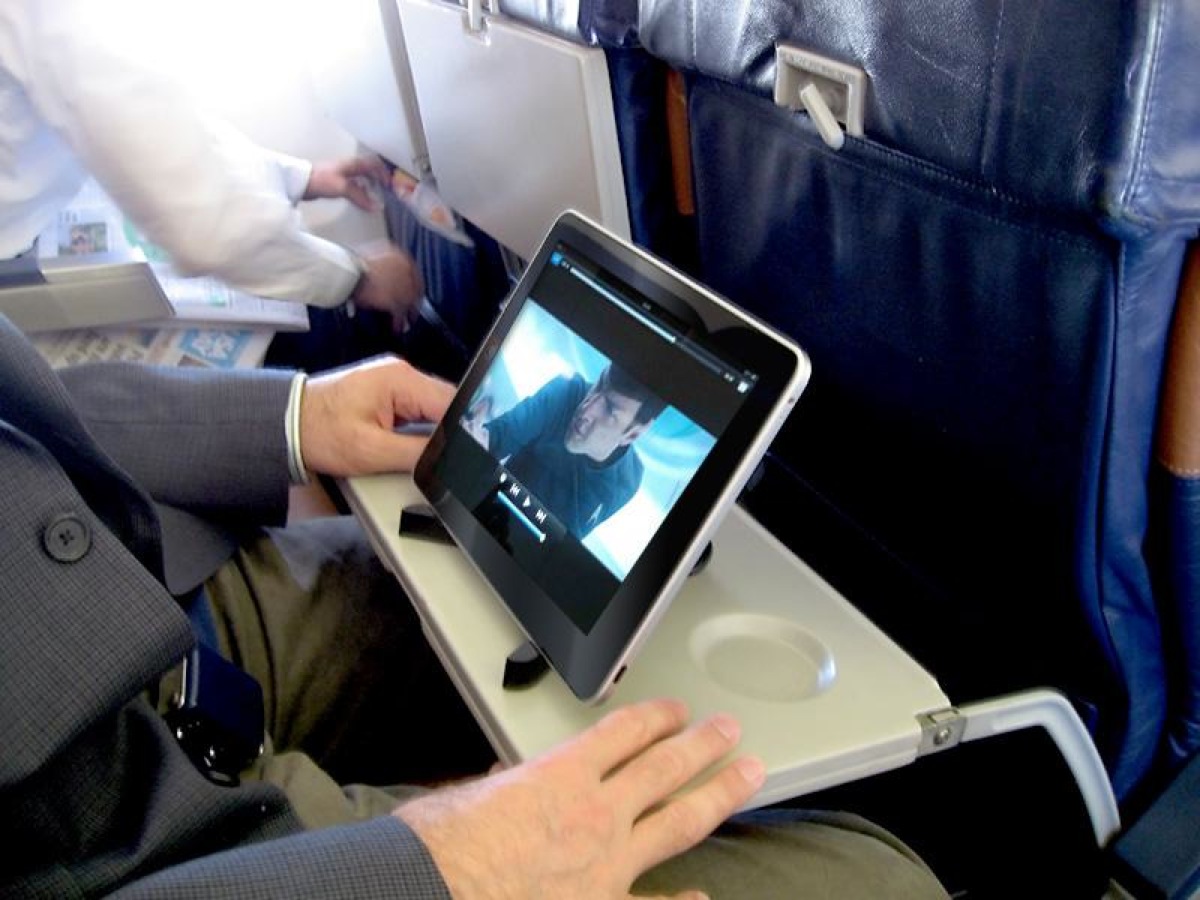 FAA notes that due to differences among fleets and operations, the implementation will vary among airlines, but it expects many carriers will prove to the agency that their planes allow passengers to safely use their devices in airplane mode, gate-to-gate, by the end of 2013. The agency based its decision on input from a group of experts that included representatives from the airlines, aviation manufacturers, passengers, pilots, flight attendants, and the mobile technology industry.

“Passengers will eventually be able to read e-books, play games, and watch videos on their devices during all phases of flight, with very limited exceptions. Electronic items, books and magazines, must be held or put in the seat back pocket during the actual takeoff and landing roll. Cell phones should be in airplane mode or with cellular service disabled – i.e., no signal bars displayed—and cannot be used for voice communications based on FCC regulations that prohibit any airborne calls using cell phones.    If your air carrier provides Wi-Fi service during flight, you may use those services.  You can also continue to use short-range Bluetooth accessories, like wireless keyboards.”

Connections to the Internet to surf, exchange emails, text or download data will still be prohibited below 10,000 feet, and heavier devices like laptops will have to be stowed during takeoff and landing.

According to an update from Canada’s Transport Minister (via Toronto Sun), the government may allow the use of wireless electronic devices during all stages of flight in Canada as well. Below is a statement from Transport Minister’s spokesperson Lisa Raitt :

“The findings of the (FAA’s) working group … will help the department assess a potential regulatory change”.

The use of such devices is currently permitted in Canada only during the taxi-in phase, though Transport Canada said it “continually monitors the activities and studies being conducted worldwide on the issues surrounding PEDs.”