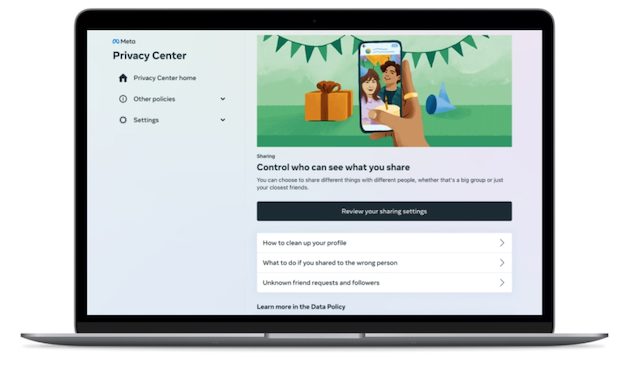 Facebook says it has built a number of privacy and security controls across its apps and technologies over the years, and Privacy Center’s goal is to serve as a hub for those controls and privacy education.