The spinoff from Facebook has now reached the same size as the company’s other messaging app, WhatsApp. For comparison, Facebook has 1.9 billion monthly active users, while Instagram has 600 million. 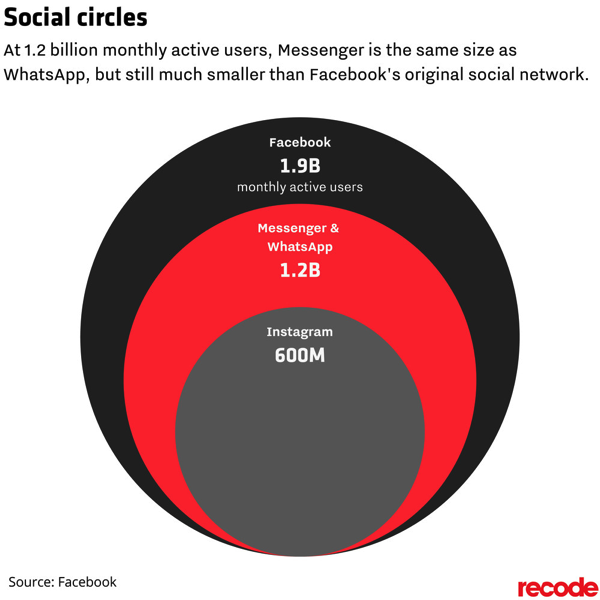 Last month, Facebook launched Messenger Day, seen as a clone of Snapchat features with disappearing videos and images. Yesterday, Messenger users in the U.S. gained access to a new Group Payments feature, which is expected to expand to Canada in the future.

Back in 2014, Facebook decided to separate Messenger and force users to download the app on its own. CEO Mark Zuckerberg at the time, explained why:

Asking everyone in our community to install a new app is a big ask. I appreciate that that was work and required friction. We wanted to do this because we believe that this is a better experience. Messaging is becoming increasingly important. On mobile, each app can only focus on doing one thing well, we think.

Well, it seems the move has worked, as Messenger on its own has gained a tonne of “users”, which looks great to advertisers.