A new Facebook feature that debuted Wednesday enables members of a group to watch and interact with the same video simultaneously. 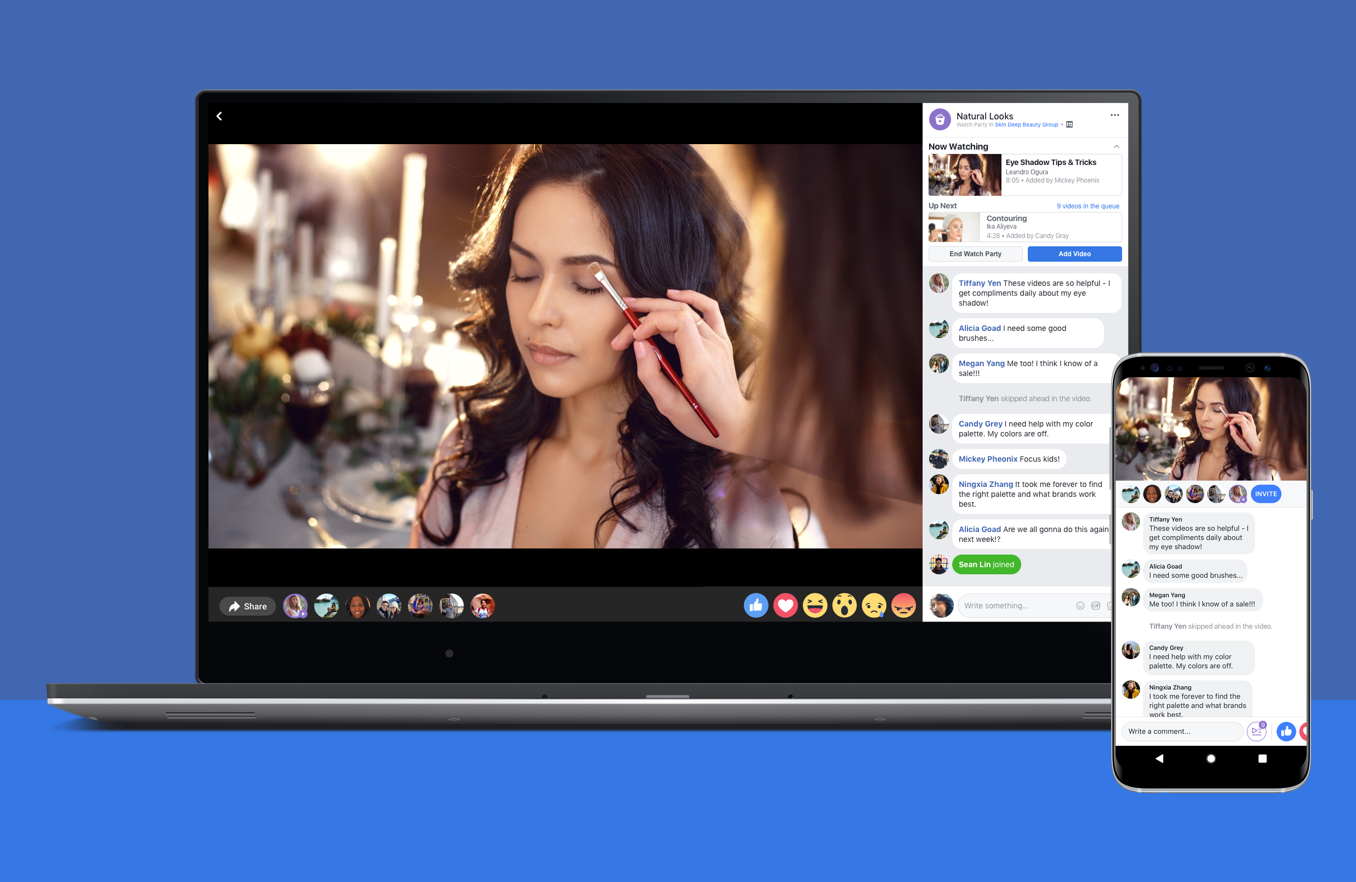 According to a new blog post from the social media giant, the tool, called Watch Party, is inspired by Facebook’s live feature, allows members of a Facebook group to watch, comment and react to any public video on the platform at the same time.

Two new features are also being introduced to ease some of the burdens on group administrators and moderators, who were responsible for choosing which videos to add to Watch Parties while the feature was being tested: Co-hosting allows the host of a Watch Party to add co-hosts, who, in turn, can add videos to the list and keep the Watch Party going; Crowdsourcing enables anyone in a Watch Party to suggest videos for the host to add.

Product manager Erin Connolly also revealed in the blog post that Facebook is now testing the ability for people to start Watch Parties with friends outside of groups, as well as the addition of Watch Parties to pages, writing, “We believe that if people can start a Watch Party directly from their profile or from a video they’re watching, the experience of watching video on Facebook can become even more fun and social.”

She added, “In our testing, we’ve seen Watch Parties, both big and small, with highly engaged members often generating hundreds or even thousands of comments while watching videos together. There were even groups that dedicated more than 10 hours to a single Watch Party, with different members coming in and out throughout the day. We’ve heard Watch Party can be useful for smaller communities, too. For example, recently a group with less than 10 people recently hosted a Watch Party with more than 500 comments.”

Anyone in a Facebook group can launch a Watch Party and become a host, with the ability to designate co-hosts. Hosts can control the playlist of videos and the playback. Meanwhile, anyone in the group can give suggestions for videos, ask questions, and leave comments or reactions. Whenever someone is starting a party, Facebook alerts all the members of the group.

While Watch Party is initially launched to Facebook groups, the new feature is also set for rollout to Pages in the future while it is currently being tested with individual profiles beyond groups.