GoPro is set to launch a new Hero 7 camera later this month, and now it appears the model has leaked prematurely at a display inside a Best Buy USA store.

As shown on Reddit (via The Verge), a GoPro display monitor at Best Buy showed off the Hero 7 in white, silver and black. The design is the same rectangular shape, and features leaked include image stabilization and waterproof features up to a depth of 33 feet/10 metres. 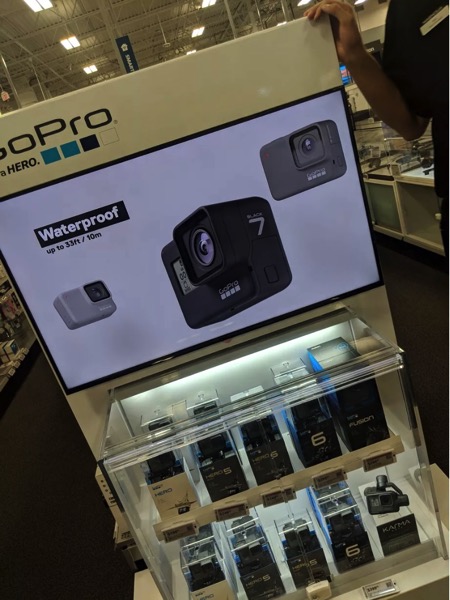 Earlier this year, GoPro released a cheaper Hero camera, which starts at $260 CAD. If you were thinking of buying a GoPro, hold off as prices may drop once the new models are announced.