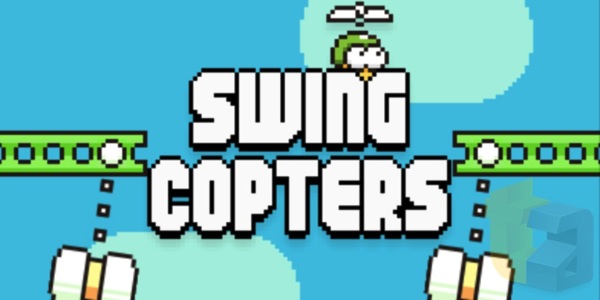 Flappy Bird creator Dong Nguyen previously teased he was set to release a new game this August, and now it looks like he’s holding onto that promise.

The developer has provided Touch Arcade with an exclusive first-look at the new game, called Swing Copters. Essentially it brings the same look and feel of Flappy Bird, but there’s a new dimension to the game as you now play vertically, instead of side-scrolling.

Check out the video below—the game is being described as being very hard and difficult to play, following the same model of Flappy Bird:

Swing Copters will debut on August 21 in the App Store for free, with a $0.99 in-app purchase to turn off the advertisement.

Dong Nguyen is the Jay-Z of iOS app developers. Retiring and leaving the app game like nobody’s business.

Eero, an Amazon company, has just announced a new range of WiFi solutions, including eero PoE 6 and eero PoE Gateway Power-over-Ethernet (PoE) devices, for setting up faster, reliable WiFi networks at homes and businesses. The eero PoE 6 is a dual-band Wi-Fi 6 PoE access point that provides up to 2,000 square feet of coverage...
Usman Qureshi
2 mins ago

Amazon today announced at its special event an update to its best-sounding Echo speaker, the Echo Studio. This speaker is now available in Glacier White, joining Charcoal, while it also gets some enhanced audio technology updates, that will be available for all existing and new users. New custom spatial audio processing technology and frequency range […]
Gary Ng
11 mins ago

Apple's new Crash Detection feature, available on iPhone 14 and the company's latest Apple Watch models, is designed to automatically contact emergency services in the event of a severe car crash.  However, it can sometimes mistake a rollercoaster ride for a car crash (via Reddit). One Reddit user found this out the hard way when...
Nehal Malik
28 mins ago