How do you transfer pictures off your iPhone? Do you use iPhoto on your Mac or just copy them off the phone on your PC? One way to wirelessly get pics off is to email photos to yourself. Or you can try some Flickr applications out there.

The day before yesterday on Twitter I tweeted about a fantastic app that will easily let you upload pictures from your iPhone to your Flickr account. It’s called Flickit, it’s FREE, and best of all it’s simple and easy to use. I just so happened to be searching for a free Flickr iPhone photo uploader and stumbled across this gem!

Flickit lets you upload pictures from your Photo gallery or pictures taken with your camera directly to Flickr. At the same time, you can title, describe, insert into sets, and tag your pictures as well. There are options to change pictures sizes for faster uploads and whether or not you want the pictures public or private. 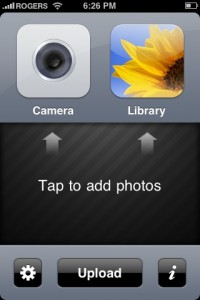 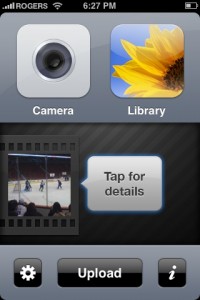 The company behind Flickit is Green Volcano Software. They have done a fabulous job with this app and considering all the features and ease of use, I would rate Flickit among the free iPhone app elite out there. You can now easily upload photos to Flickr from your iPhone easily. Well done! 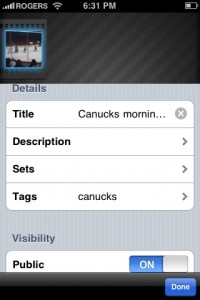 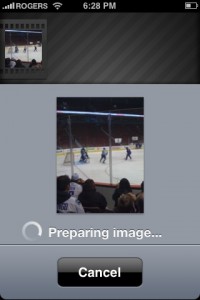