Foxconn–Sharp Studying Possibility of Building LCD Plant in US: Nikkei

Foxconn and it’s Japanese subsidiary Sharp are playing with the idea of opening up an LCD manufacturing plant in the US, reports Asian news outlet Nikkei, citing a Sharp executive.

The plan is “on the table,” the executive said. “We will make a decision carefully.”

Both Foxconn and Sharp are part of Apple’s supply chain, so this would mean that at least a part of that plant’s output would end up in Apple products. According to Nikkei, Foxconn and its Japanese alliance partner Softbank reportedly told president-elect Donald Trump in a meeting last month that they would jointly make significant investments in creating jobs in the US. 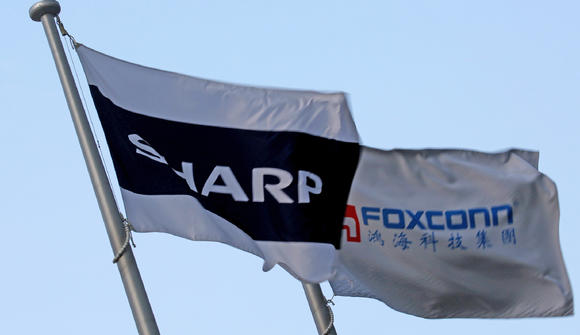 The joint investment was initiated by Softbank Chairman Masayoshi Son and may sound like a response to Trump’s publicized call for American manufacturers to bring operations back to the US. Foxconn is also considering moving (possibly segments of) iPhone production in the US.

While the details of the possible US plant are not decided, people familiar with the matter say it would match that announced for Guangzhou, China. That facility, which will be jointly built with the local government, will be a quite significant, $8.69 billion investment and is scheduled for completion in the autumn of 2018.