Fred Wilson: By 2020 Apple Will No Longer Be A Top Three Tech Company 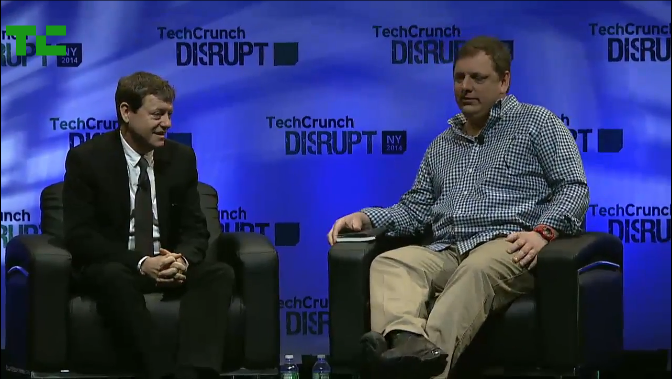 Fred Wilson, co-founder and partner at venture capital firm Union Square Ventures, thinks that by 2020 Apple will no longer be a top three technology company, saying the top three will be Google, Facebook, and some company we haven’t heard of yet.

On Tuesday at the TechCrunch Disrupt event in New York, Wilson was asked why he thinks Apple will no longer be a top tech company within the next couple years, he responded:

Because I think they’re just too rooted to the hardware. And I think that hardware is increasingly becoming more commodity. They don’t have anything in the cloud to speak of, and the stuff they have in the cloud I think is largely not good. And I just don’t think they think about data and the cloud in the way you need to think about things.

The venture capitalist does not expect Twitter to gain one of the top three spots in the near future, however, it may take several years for the social media giant to gain a top spot.

About three years ago, Wilson told a group of app developers to write their apps for Android before iOS. He said this because he believes that your apps should be in front of the largest population of users, which he says is Android.

Wilson is known for investing early in companies that have become major players in technology and the Web, such as Twitter, Foursquare, and Kickstarter.