Yesterday, we reported that Apple’s new 13-inch MacBook Pro features Intel’s new 10th-generation quad-core CPUs which so far appear to be exclusive to Apple and today, Geekbench has confirmed that the New MacBook’s Core i5-1038G7 is an “N” chip similar to the Ice Lake processors in the MacBook Air (via NotebookCheck). 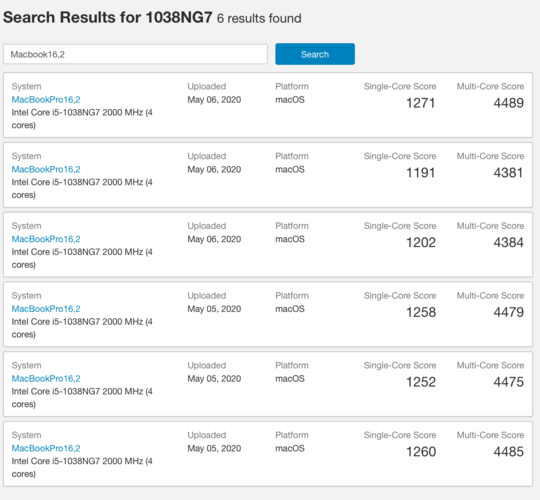 The other Core i7-1068G7 processor, however, has not yet appeared on the benchmarking website post the launch of the new MacBook Pro. Moreover, Geekbench has confirmed that the four Thunderbolt 3 MacBook Pro has been assigned the model identifier “MacBookPro16,2.”

If the Core i5-1038G7 and Core i7-1068G7 are only “N” chips, then this lends more weight to them being exclusive to Apple hardware. As past MacBook generations have shown, Apple loves a custom and exclusive processor.

Launched on May 4, the new 13-inch MacBook Pro features the new Magic Keyboard, doubled entry RAM, storage, and faster processors, and starts at $1,699 in Canada.