Google Android Chief: Apple Announced Things at WWDC We Did 5 Years Ago

iOS 8 will bring great new things for Apple users, but some of them have been part of Android for four or five years now, like third-party keyboards, widgets, richer notifications, etc., Google’s Sundar Pichai tells Businessweek. 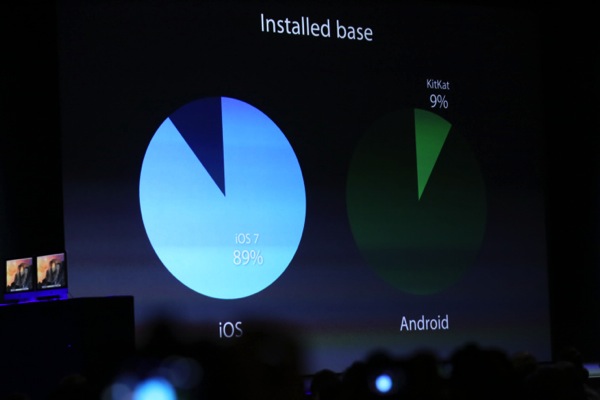 During this year’s WWDC, we heard Tim Cook comparing iOS to Android plenty of times. But the two players — Apple and Google — are very different, like two types of governments, Pichai says.

I think of it almost … like two types of government. Some [forms of] governments will be able to do things faster because they are opinionated and get things done. Than you can have a noisy, cacophonous, cantankerous democracy, which is often better in the long run. So you have two different worldviews being presented. To me, I look at it and say it’s remarkable that we live in a time when you have such different choices.

When asked about vulnerabilities, Pichai was careful to emphasize that Android “from the ground up is designed to be very, very secure,” but since it is the most popular operating system, it is also the most targeted by malware.

Do we take security seriously? Yes. [In the Google Play app store,] we detect malware. If you are installing an app, we ask user’s permission. If they say “yes,” we scan it. Even if you are scanning anything outside of the Play store, we still detect and warn you if its malware. Every time I look at the data—across millions and millions of users’ phones—the data is encouraging.

Google doesn’t have an official app store in China, so Chinese Android users are the most exposed to malware. And the data used by Apple and other companies includes data from China, Pichai says, defending Android.

Sundar Pichai will take the stage at San Francisco’s Moscone Center this week as the keynote speaker at Google’s I/O developer conference.