The folks over at 9to5Google have just discovered the codenames for the entire 2020 Google Pixel lineup hidden in the code of the latest beta version of the Google Search app, pretty much confirming the release of “Pixel 5,” “Pixel 4a (5G),” and the “Pixel 4a” smartphones this year. 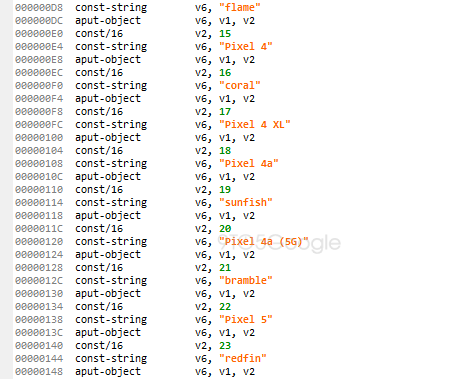 It is interesting to note that the Google app does not list a “Pixel 5 XL” smartphone and instead lists the mid-tier “Pixel 4a 5G” for 2020. Codenamed ‘bramble,’ the Pixel 4a (5G) will sport the Snapdragon 765G chip which is equipped for 5G networking, same as the flagship Pixel 5 which is codenamed ‘redfin’ in the app’s code.

This further suggests that Pixel 4a (5G) and Pixel 5 smartphones, which will possibly launch side by side this fall, will run on the same base hardware.

“But how will Google differentiate these two seemingly very similar devices? The most obvious ways they could do this are through cost and build quality differences. By using “cheaper” materials like plastic on the Pixel 4a (5G) and more “premium” materials like glass and aluminum on the Pixel 5, the two could look and feel obviously different.”

Looks like Google will be releasing three distinct Pixel phones, instead of two variants in 2020.