Yesterday Google unveiled standalone Docs and Sheets iOS apps in an attempt to remind people about their productivity applications. The Google blog yesterday teased they would be reminding users to download and install these apps but what has transpired isn’t something we thought would happen so soon:

If you don’t have time now, over the next few days you’ll be prompted to download the apps when you go to edit or create a document or spreadsheet in your Drive app.

Google Drive can longer edit files, but only has read-only functionality unless you have installed the new Docs and Sheets apps. If you try to edit documents, users are prompted with a pop up telling them to download these new apps, as seen below (it’s a great way to pad up those download numbers): 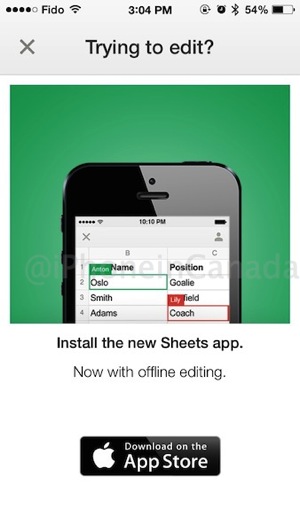 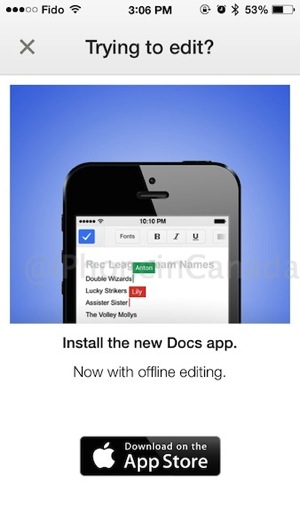 For Google Drive users that thought they would be immune from the hassle of downloading two extra apps, think again. Google forcing users to download the new Docs and Sheets apps to edit reminds us of the Facebook move to force downloads of Messenger for iOS to access private messages. Their reasoning was to bring Messenger front and centre—looks like Google’s now doing the same to have Docs and Sheets compete with Office for iPad and Apple’s iWork apps.

Google Drive today also added a new feature: passcode lock for the app, which is a great move. Many people use Google Drive as a repository for all sorts of important files so this feature has been a long time coming: 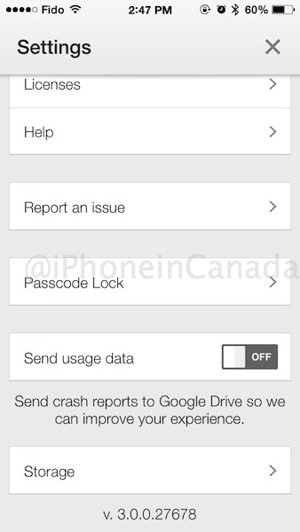 The Google ecosystem on iOS continues to grow, as your single Google Account sign-in will be recognized by apps such as Gmail, Chrome, Search, Drive, Docs and Sheets to name a few. How many Google apps do we need on our iOS devices though?

Unbundling of apps seems to be the new thing—case in point, today’s revelations about the future of Foursquare.