Today, Google updated its Google Maps app for iOS to version 4.11.0, which adds support for the Apple Watch. The app delivers directions directly to Apple’s wrist-worn device, making it quick and easy to navigate.

Along with a new Apple Watch app, today’s update includes a tool for comparing estimated travel times across driving, biking, transit, and walking directions. The update also adds a feature for calling businesses and getting directions from a list of places. 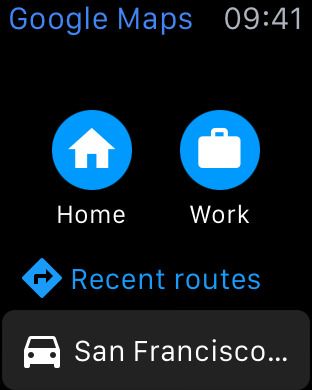 The Google Maps app is not the company’s first for the Apple Watch, but it will arguably be the most useful as most users still prefer Google Maps over any other mapping and navigation solution.

Google Maps for iOS is available as a free download from the App Store. The app requires any device running iOS 7.0 or later.