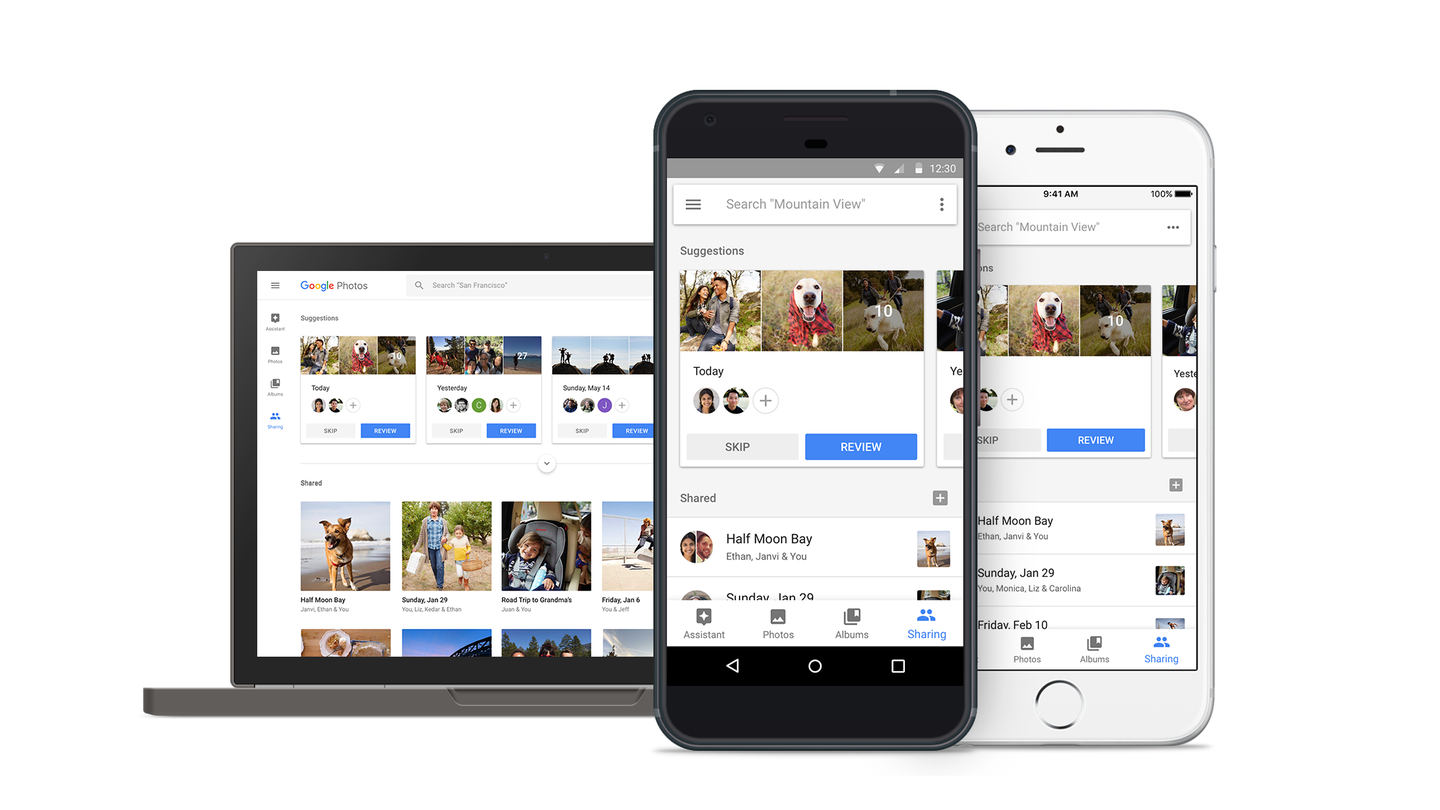 With Suggested Sharing, Google Photos automatically goes over your library of new shots, then suggests select photos that may contain the face of a friend or colleague. The software is apparently also intelligent enough to recognize a “meaningful moment,” automatically grab the best shots, then provide suggestions on who to share it with provided there are a few faces in the shots.

“To help you share and receive more of the meaningful moments in your life, we’re rolling out suggested sharing and shared libraries this week,” Google’s James Gallagher writes in a new post to the Google Photos Blog.

“Suggested sharing uses machine learning to automatically identify photos and suggest recipients, making sharing as simple as a single tap,” he continued. “With shared libraries, sending and receiving photos with one person is effortless: You can automatically share your full photo library or customize just what you want to share.”

Shared Libraries allows users to share either their entire or a part of their photo library within the Photos app with friends. It allows users to share an entire library continuously, which means that even the new additions will reflect with the shared media simultaneously. Also, there are more specific filters for sharing such as – users can now sort photos based on specific date onwards or photos with specific people in them.

“Let’s say Daniel wants to share his library with his wife, Leslie,” writes Gallagher. “Starting in the menu bar in the top left, he selects ‘Share your library’ and enters Leslie’s email address. He can share his entire photo library, or just photos of specific people, such as photos of Leslie, or photos of their daughter. He can also give Leslie access only to photos starting from a certain day, such as the day they first met.”

Suggested Sharing and Shared Libraries are now rolling out on iOS, Android, and the web (we’re already seeing it on the web).