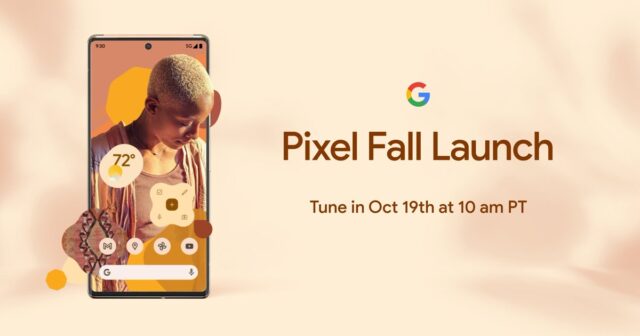 Google has just announced it be will unveiling its Pixel 6 and Pixel 6 Pro smartphones at a virtual event on October 19 at 1PM ET / 10AM PT.

The Pixel 6 will have a 6.4-inch display, whereas the 6 Pro will sport a 6.7-inch screen. The Pixel 6 Pro will also feature an additional telephoto lens with 4x optical zoom, with green, blue, pink, and more pastel colour options to choose from.