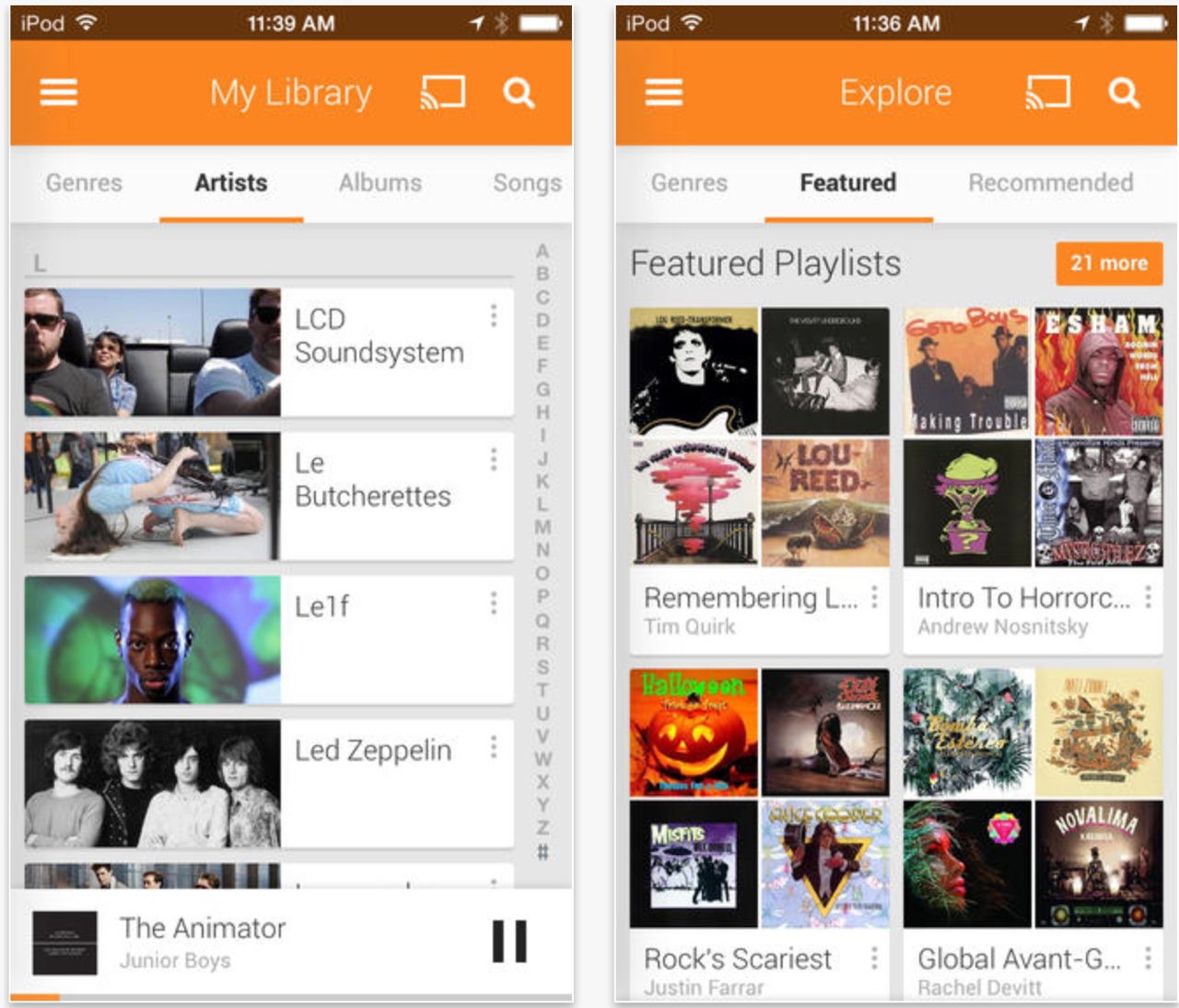 Last year in November, Google Play Music app for iOS was released as a free download in the App Store across 20 countries around the globe, leaving out Canada at the app’s initial launch. Today however, Google’s music service, that gives users an unlimited pass to 25 million songs on all their devices, has been released in Canada and the official app is now live in the Canadian App Store.

“Google Play Music lets you create an ad-free, interactive radio station from any song or artist you love. You can add, remove or re-order your station and see what’s coming next. Or you can browse recommendations from our expert music team and explore songs by genre. The “Listen Now” tab puts artists and radio stations we think you’ll like front and center so you can start listening the minute you open your library.”

Those who aren’t familiar with the service, the free version of Google Play Music allows users to listen to any of the songs they have backed up to Google’s cloud, while a monthly ‘All Access plan’ gives users the ability to stream or download anything in Google’s catalog to their mobile devices. Google allows storage of up to 20,000 songs for free online. Also, paid customers can create a custom ad-free radio station from any artist, song, or album, and skip as many songs as they like.

With mere weeks remaining in Ian Scott's term as chairman of the Canadian Radio-television and Telecommunications Commission (CRTC), one telecom expert has said his tenure has proven "disastrous for public confidence" in the regulator. "I think it’s been disastrous for public confidence at the CRTC at the very time that the government wants to hand...
Nehal Malik
50 mins ago