Today, Google announced that its app indexing feature is now compatible with the HTTP deep link standards for iOS 9, which will allows iOS users to open mobile app content directly from the Google Search results page in Safari for iOS.

In order for the feature to be useful, developer will need to add Universal Links to their iOS apps and then integrate with Google’s SDK. For end users, this change will result in better integration between search results and apps. 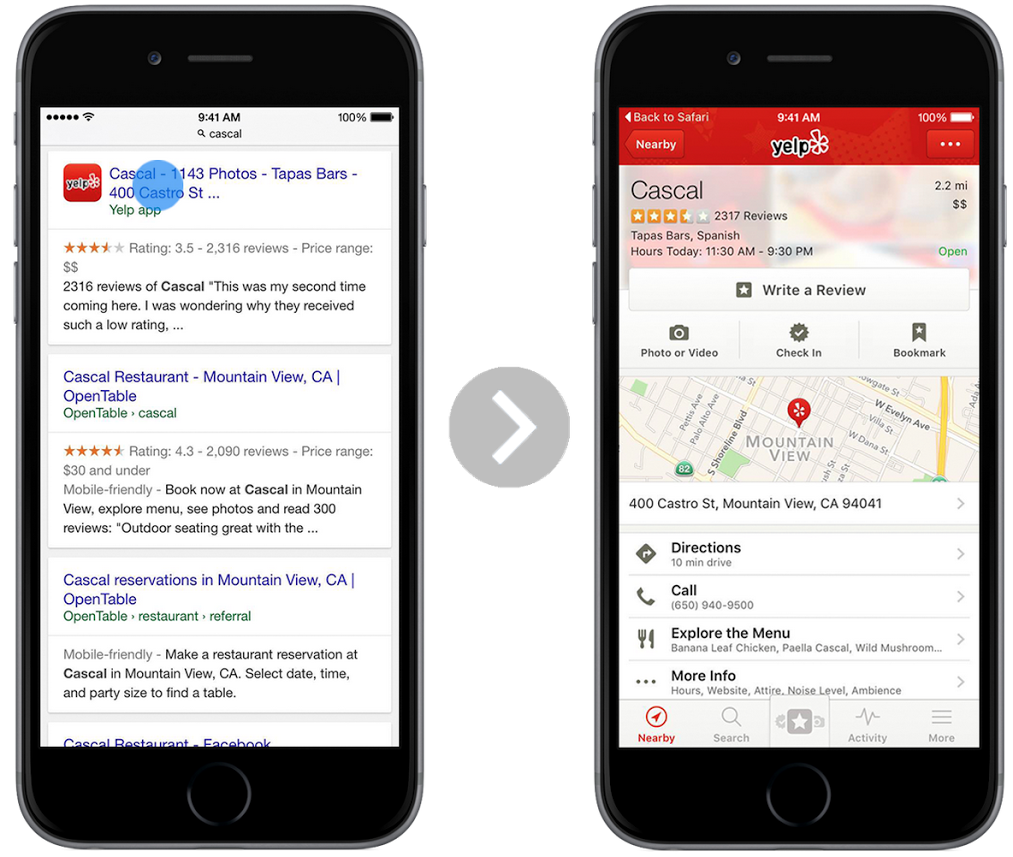 For example, if you are searching for a restaurant with Google Search and you get a Yelp result, clicking on the Yelp link will open the content in Yelp’s iOS app instead of the website in Safari.

Google’s app indexing feature for iOS was announced in May, but prior to today, it was only available for the Chrome browser and Google app for iOS. Google says that iOS users will begin seeing app content in Safari on iOS starting at the end of October.