“An update rolling out now to Android users has updated the gun emoji to appear as a toy water pistol.

While vendors might have baulked at Apple’s overnight redesign of the ? Pistol emoji in 2016; the tide has turned and now many won’t want to be left on the opposite side of the fence. In a move presumably intended by Google to minimize cross-platform confusion, this now makes the squirt gun / water pistol the defacto design for the gun emoji.”

Back in 2016, Google product manager Agustin Fonts had said they “want to be as compatible with other systems as possible”, refusing to match Apple’s fluorescent green design for iOS. But now, the company seems to have re-assess the situation for Android, as other platforms like WhatsApp and Twitter have now also opted to display a colorful orange or green toy gun in their emoji fonts 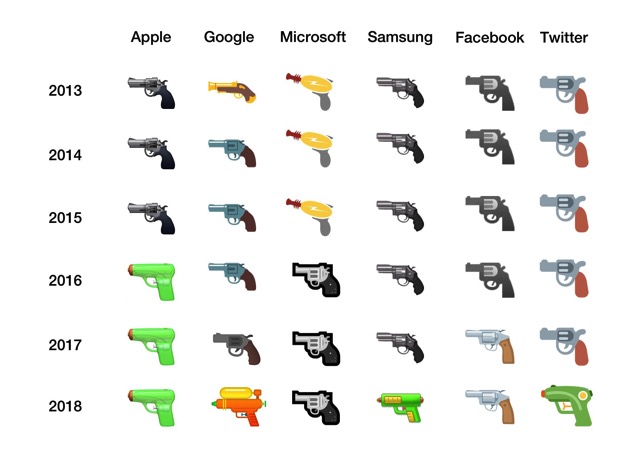 Apparently the decision to make the change is to minimize issues with cross-platform communication, and avoiding a scenario where a user may pick a toy gun from their native emoji keyboard on Apple, and have it show as a weapon on Android.

The updated water gun emoji for Android is rolling out now to all users.