Google Translate today has reached a decade of service, according to Google:

Ten years ago, we launched Google Translate. Our goal was to break language barriers and to make the world more accessible. Since then we’ve grown from supporting two languages to 103, and from hundreds of users to hundreds of millions.

The company says there are now over 500 million users of the service, who translate over 100 billion words daily; the most common translations are between English and Spanish, Arabic, Russian, Portuguese and Indonesian. 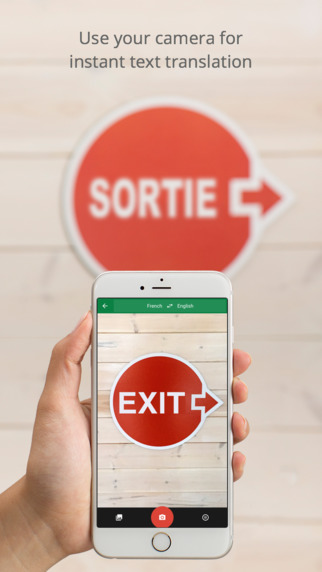 Approximately 92% of translations occur outside the U.S., and the country that uses Google Translate the most in the world is Brazil.

Google says the most common phrases translated are “how are you?”, “thank you” and “I love you”, while spikes also occur with current events and trends, noting how “selfie” has seen a huge surge in the past year, and “purple rain” queries spiked by over 25,000 percent over the last week, after the passing of musician Prince.

Google also gave an example of how Translate “helps people make connections”, detailing how the service has is helping Syrian refugees—specifically children—integrate into Canadian society:

The Translate Community consists of 3.5 million people who have added over 90 million contributions, helping make the service more accurate.

Instant translations using your device’s camera (thanks to Word Lens technology) now works in 28 languages, while bilingual translation supports 32 languages. The feature also supports offline use for both iOS and Android.

I would say Google Maps and Google Translate are two of the most incredible services Google has to offer, which makes navigating and communicating around the world much, much easier.

Another new support video has been shared by Apple on its YouTube channel, and this one detail how you can customize Focus settings on your iPhone and choose when you want to receive alerts and notifications. While you’re setting up a Focus, you can select people and apps you want to receive notifications from by either...
Usman Qureshi
3 hours ago

Google on Thursday shared a teaser video for its first smartwatch, dubbed the Pixel Watch, ahead of its expected announcement at a launch event confirmed for October 6. Check out Google's full Pixel Watch teaser below: https://www.youtube.com/watch?v=_p7v1PTABSU The teaser introduces us to the design of Google's oft-rumoured smartwatch against the backdrop of some thumpy music,...
Nehal Malik
4 hours ago