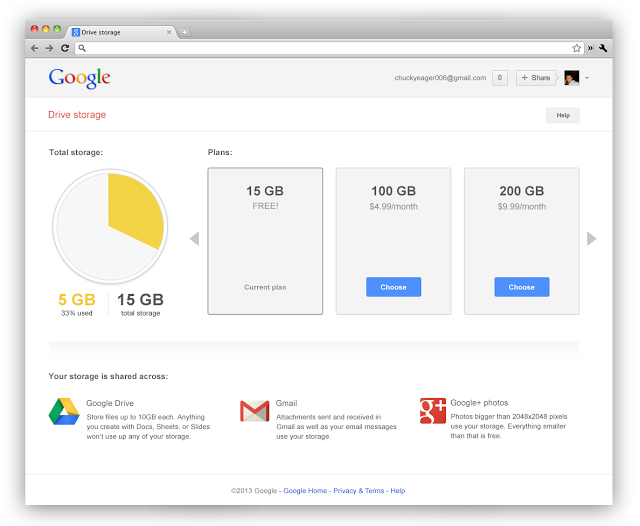 Google announced today that it is unifying storage across Gmail, Google+ Photos and Google Drive. The great news is that this change allows for15 GB of unified storage.

This means Google users don’t have worry about how much storage they used of their 10 GB of Gmail or 5GB for Drive and Google+ Photos, because they’re no longer restricted by each individual program.

The search giant announced that it will update the Google Drive storage page to reflect the changes:

We’ll also be making updates to the Google Drive storage page, so you can better understand how you’re using storage space. Simply hover over the pie chart to see a breakdown of your storage use across Drive, Gmail, and Google+ Photos. And if you need more storage, this is your place to upgrade, with plans starting at $4.99/month for 100 GB.

Google also announced that the $2.49/month for 25GB will be discontinued, which means the first option users will have if they decide to upgrade is the $4.99 plan.