Happy Canada Day and Bonne FÃªte du Canada to all! 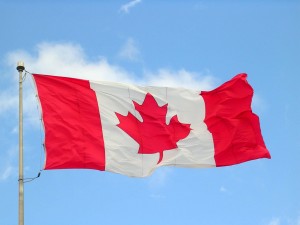 All across the country, celebrators will be donning red and white to celebrate the anniversary of forming Canada – click here if you want more of this history lesson. Those who scored 0/20 and above on the ‘How Canadian Are You, Eh?’ app quiz are allowed to partake in theÂ celebrations.

To get your spirit going and to keep tracks of events, you could use something like:

Go out! If the apps don’t help for your area, I found a few links for events going on around the country:

I’ve only listed a few places here but if you want to find what’s going on near you check out the Canadian Heritage website for contacts to information.

Image: The Verge; Sonos Era speaker concept If you’re waiting for new Sonos speakers to launch in 2023, they are said to be coming soon, according to The Verge. The site says 2023 Sonos speakers will be called the Era 100 and Era 300, expected to launch in the coming months. These speakers were previously […]
Gary Ng
50 mins ago