Apple has announced that veterans across the United States can now access their Health Records using iPhone. 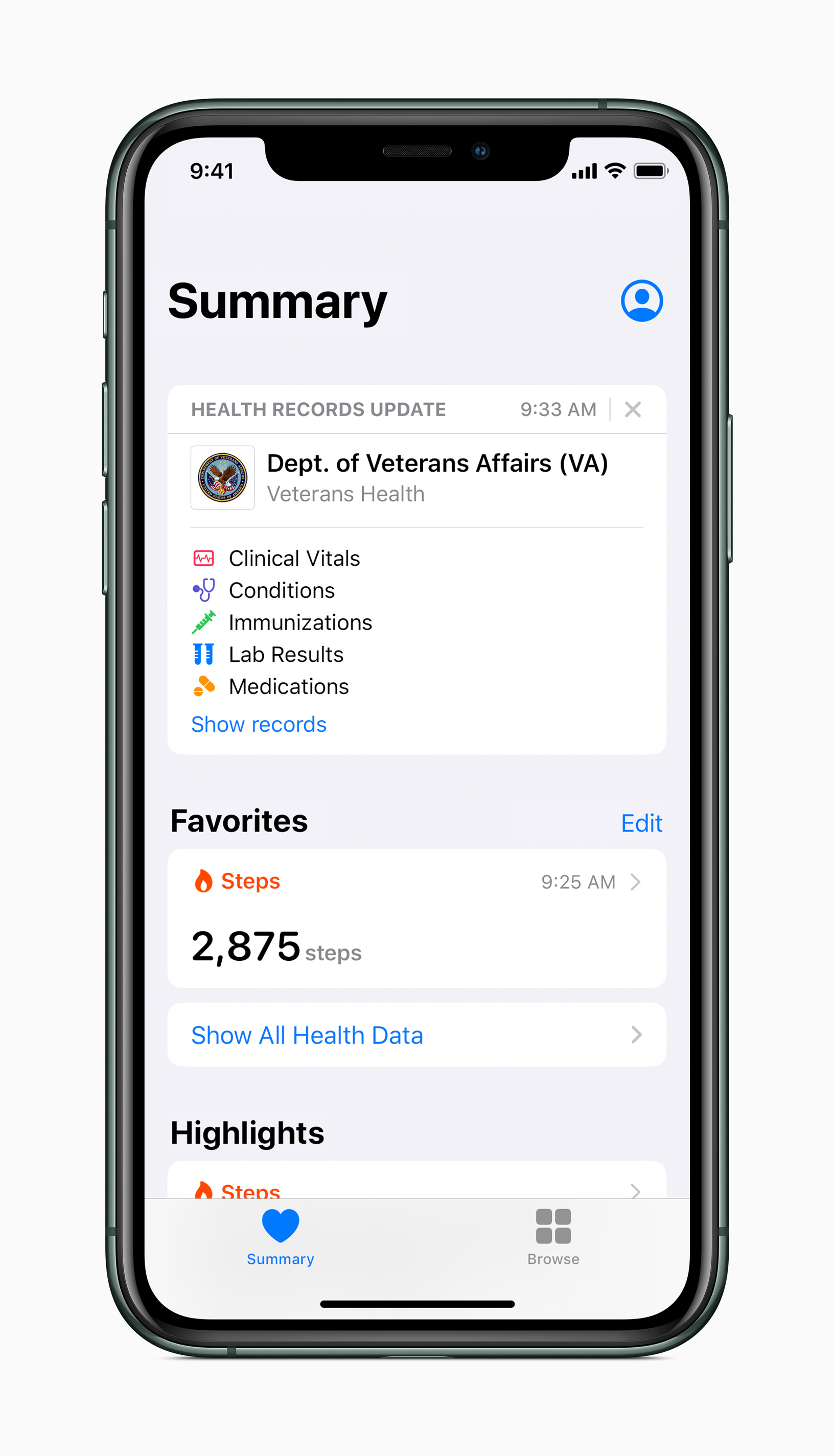 A press release from the Cupertino company has announced that, in partnership with the US Department of Veterans Affairs (VA), veterans on iOS who receive their care through the Veterans Health Administration can now access Health Records directly through the Health app on iPhone.

Apple’s Health app can display the health records for veterans starting Wednesday, reads the press release. That means the 9 million veterans serviced by the VA will be able to view their medications, immunizations, lab results, and more.

“Helping veterans gain a better understanding of their health is our chance to show our gratitude for their service,” said Jeff Williams, Apple’s chief operating officer. “By working with the VA to offer Health Records on iPhone, we hope to help those who served have greater peace of mind that their health care is in good hands.”

Health is a key area of focus for Apple. At the start of this year, Apple CEO Tim Cook said on CNBC, “If you zoom out into the future, and you look back, and you ask the question, ‘What was Apple’s greatest contribution to mankind?’ It will be about health.”

Apple has been quietly expanding in this space for a number of years now, starting with the launch of its HealthKit platform and Health app, which debuted alongside the first Apple Watch. Since then, it’s moved toward working with medical professionals.