How the iPhone 14 Pro ‘Always-On Display’ Will Work, Says Leak 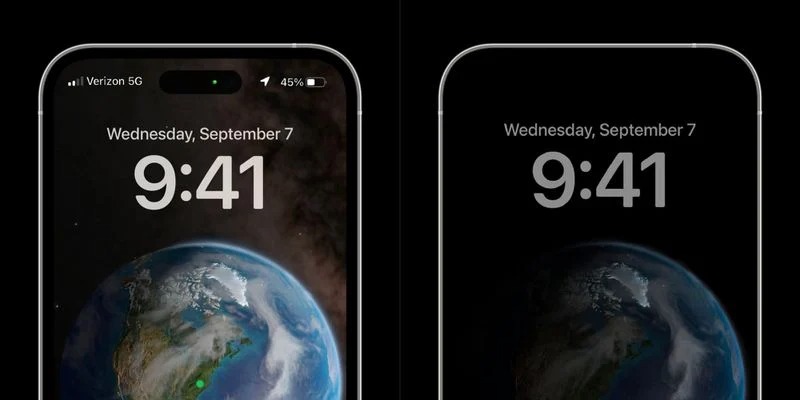 As we inch ever closer to the launch of Apple’s iPhone 14 lineup, a new leak claims to showcase how the iPhone 14 Pro’s much-rumoured always-on display feature will work (via MacRumors).

The leak comes from the same MacRumors tipster who reported earlier this week that the new pill-and-hole front cutouts on the iPhone 14 Pro and iPhone 14 Pro Max would appear as one longer pill with the screen on.

According to the leaker, the iPhone 14 Pro’s always-on display will essentially be a silhouette of the iOS 16 Lock Screen. The new Lock Screen’s widgets, notifications, and the depth effect and colours for wallpapers will all be integrated into the always-on display.

In particular, the source detailed the following features of the iPhone 14 Pro’s always-on display:

Apple is reportedly also making changes to the Lock Screen status bar. These will supposedly include bringing back the classic battery indicator with the percentage displayed next to the battery icon and moving the cellular signal indicator to the left.

Apple is currently scrambling to get the always-on display feature dialled in before launch. However, the leaker added that the development team is still encountering bugs and Apple will likely release an incremental iOS 16 update — such as iOS 16.0.1 or 16.1 — to fix always-on display issues soon after the iPhone 14 Pro’s launch.

Apple is expected to unveil the iPhone 14 Pro, iPhone 14 Pro Max, and the rest of this year’s iPhone lineup at its upcoming launch event, dubbed “Far Out,” on September 7.