Apple has included various new features in Mac OS X Yosemite that make it easier for your computer and your iOS 8 device to interact and share information with each other.

One of the most interesting features in OS X Yosemite is the ability to make and receive phone calls right on your Mac when paired with your iPhone.

To get started, you’ll need a Mac running OS X Yosemite and an iPhone running iOS 8 that are both connected to the same Wi-Fi network. Both devices must also be signed in to the same iCloud account. After that, you may begin setting up both of your devices as follows.

In the first part of the setup we will focus on setting up your Mac running Yosemite. Here are the steps to set up your Mac:

1. Open the FaceTime app (located in the Applications Folder).

2. Click on FaceTime in the menu bar on the upper left-hand corner of your screen.

4. Check the box next to iPhone Cellular Calls. 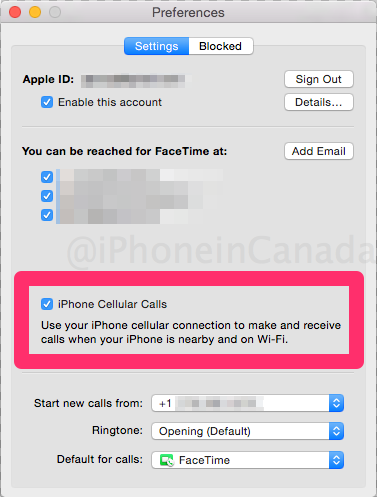 Next, we must enable the same feature on your iPhone running iOS 8. Here are the steps to set up your iPhone:

3. Locate the setting titled iPhone Cellular Calls and toggle it into the ON position. 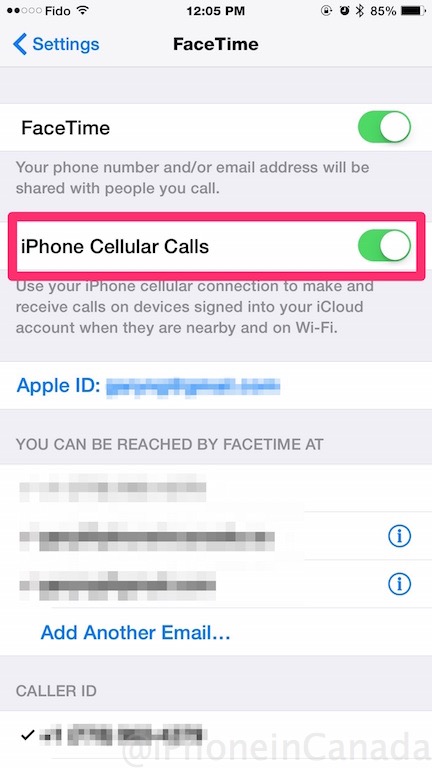 Once you have completed all the above steps, you should be able to make and receive phone calls directly from your Mac. It is important to note that even though the feature lies within the FaceTime app on your Mac, the application itself doesn’t have to be running in order to receive calls.

Be sure to check out our tutorial on how to send and receive text messages in OS X Yosemite.