Earlier today, Apple’s support document on Apple Pay added Interac debit card support for Tangerine, then later took it away. But there was one more addition to the page as well: HSBC Canada and their Mastercards, as seen below: 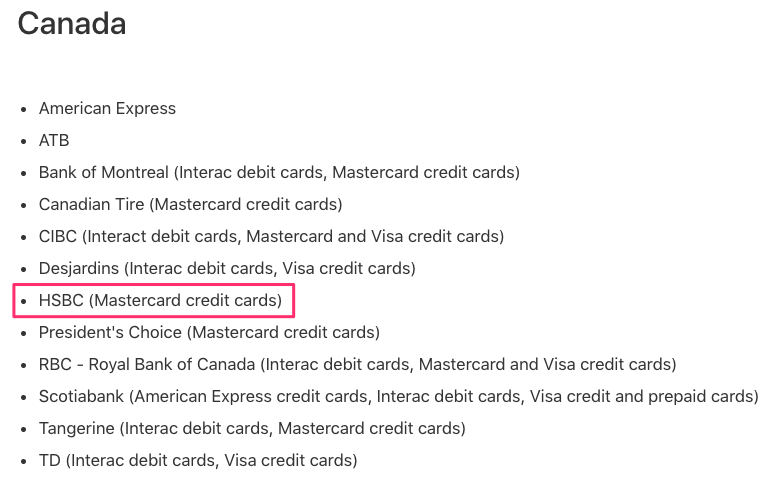 HSBC Canada’s most recent Twitter response to Apple Pay in early May said:

“We are trying to go digital as much as possible. Apple pay is one of the features that we want to bring to HSBC. Unfortunately, we don’t have the date yet. Rest assured we will inform all our customers when the option will be available.”

Apple hasn’t removed reference to this yet for HSBC Canada, so if you were waiting to hear support for Apple Pay, it could be coming soon. Hopefully WWDC will bring news of further Apple Pay support in Canada.

Update: HSBC’s website has a landing page for Apple Pay, as seen below: 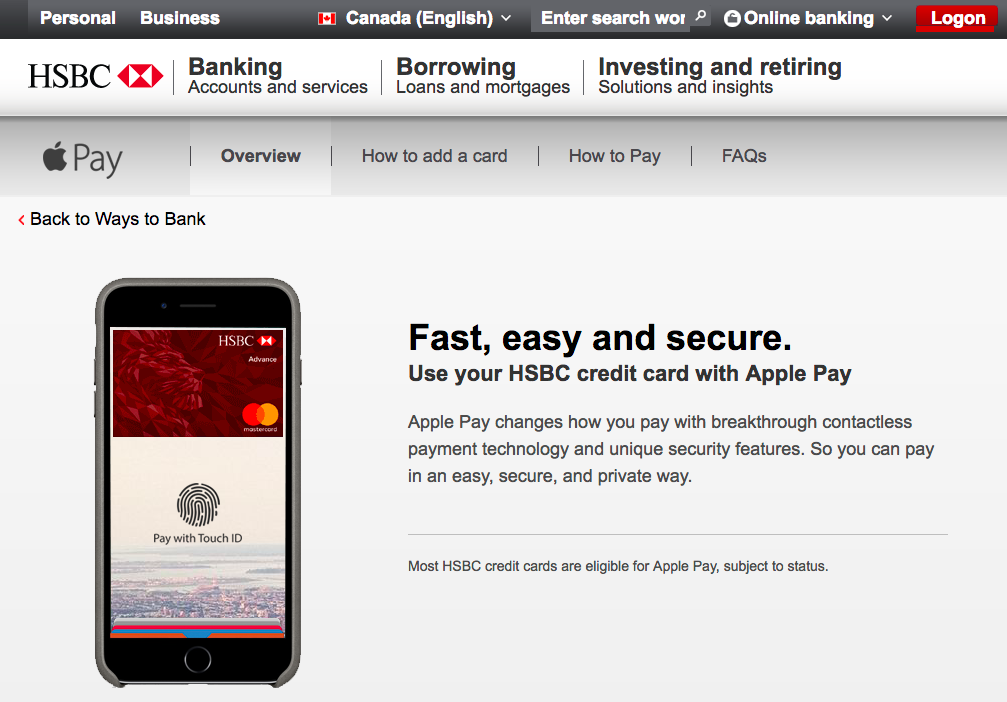