Huawei Says Apple is Slipping, Samsung is All Marketing Hype 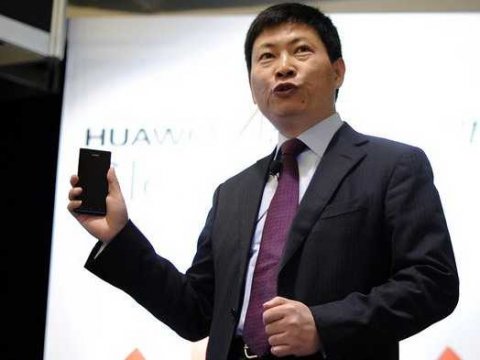 Apple has the “cool” factor, Samsung has all the momentum, but Huawei is about to break into the market with the world’s slimmest smartphone. The company’s aim is to get ahead of Apple, retaining a place among the three biggest mobile brands by 2015.

Speaking with the Telegraph’s Matt Warman, Huawei chairman Richard Yu transmitted a simple and clear message: the only thing that has created Samsung’s momentum is the money spent on marketing and branding. He claims Samsung has built its success on hyperbole and enormous marketing spending.

“In the high tier, if you have huge money to spend on marketing and branding, like Samsung, then everyone will buy that,” he says.

“We don’t have so much money to do marketing and branding so we have to make our products better. The best smartphone in the past was from Nokia, then from Apple, then from Samsung. And who is number one? The industry is so dynamic – no matter how successful you are, if you’re currently number one, doesn’t mean tomorrow you’ll be number one

“Samsung, they have such huge money – if you invest in marketing and branding then people will always buy no matter how good the products are. The Samsung Galaxy S4 is just a so-so smartphone.”

As a result, consumers buy Samsung products regardless of the quality.

Yu takes on Apple as well: from his perspective Apple is slipping, and this is the moment for Huawei to take off and reserve its place among the top three. “We want to go higher than them,” he says.

“In its latest update, Apple makes the phone extremely simple to use,” he says. “But if we are just learning from them we can’t catch up, because they are now slipping. We want to go higher than them.”

Since the company can’t afford the budget Apple and Samsung has for branding, their solution is to make better products, and, as the Huawei Ascend P6 launch shows, they have started strongly: the launch of the world’s slimmest smartphone was with journalists flown from all over South Africa, Europe and beyond to London’s Camden Roundhouse.

Now it remains to be seen how the market will react: will consumers get more for their money from the Huawei smartphone running a simplified version of Android?

Apple Watch Ultra, Apple's most premium smartwatch to date, officially launched on Friday. The new high-end smartwatch targets extreme athletes, and it comes with a choice between three different bands to aid in their adventures: the Alpine Loop, the Trail Loop, and the Ocean Band. Each of the three band types was thoroughly tested and...
Nehal Malik
44 mins ago

According to a report from The Verge's Umar Shakir, a firmware update Apple started rolling out for AirPods Max in May significantly reduces the strength of the premium headphones' Active Noise Cancellation (ANC), according to his observations. Apple's most expensive AirPods have pretty strong ANC. It is (or at least was) strong enough that some people...
Nehal Malik
51 mins ago