Hyundai has today announced it is going to unveil its all-new Display Audio infotainment system at next month’s Consumer Electronics Show (CES) 2015, with support for Apple’s CarPlay and Android Auto, which will be offered in select 2016 models. The new in-dash system will also feature the next generation Blue Link system with Connected Care, a suite of safety and car care features and remote engine start with climate control. 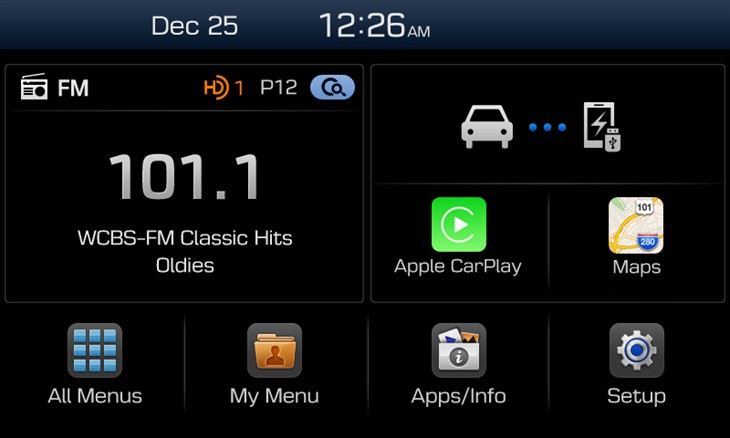 According to Hyundai, iPhone owners will be able to use Apple CarPlay to take the familiar features from their iPhones and put them right on the touch-screen display while driving. Similarly, Android Auto support will bring the Android experience into select Hyundai models by projecting apps and services into the Display Audio system. The new system will also incorporate Hyundai’s multi-use home screen, HD Radio capability and mixed AM, FM and SiriusXM presets.

To find out more, hit up this link.